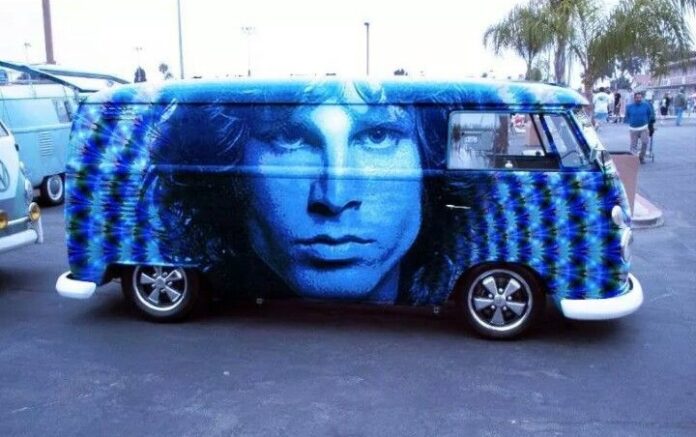 We must rewind all the way to 1996, and the FOSSILS club newsletter “Walking the Dog,” to find the first mention of the blue toilet seat that came to adorn the wall of the walk-in cooler adjacent to the bar at Rich O’s Public House.

New customers regularly inquired, “What’s the toilet seat all about?”

The explanation below, written by my cousin, Dr. Donald “Uncle Don” Barry (right), was printed and affixed to the wall behind a protective sheet of acrylic.

In turn, the acrylic (as well as a hundred other tasks around the pub) owed to the skills of the late Kevin Richards, my friend and partner in beercycling. When Kevin died in 2016, I was effectively out of the pub business, awaiting my buy-out. My soon to be ex-business partners asked if they could replace the toilet seat with a photo of Kevin, given that these few square feet were his default locale as a beer drinker who preferred to drain his pints while standing.

I’d assumed the toilet seat would be returned to me, post-removal. After all, I have a garage of my own for it to be misplaced a second time, and I wouldn’t mind boarding the celestial motor coach when the time arrives.

Sadly I haven’t seen the toilet seat in six years, so it would appear I assumed incorrectly. Perhaps a facsimile can be created. But let’s remember the good times, not dwell in the bad. The toilet seat was a fixture for many years, and worth recalling.

Take it away, Don. 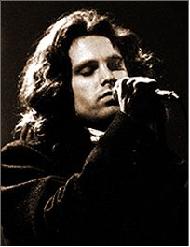 A momentous and monumental event occurred on August 8, 1996 when I found in the attic of the backyard garage of the Barry homestead on Highway 131 in Clarksville, Indiana an artifact that is destined to convulse our world.

I rediscovered the sacred Toilet Seat from the back of Jim Morrison’s Blue Bus.

To paraphrase the immortal words of Franklin Delano Roosevelt in 1941, this is a day that will live in celebrity.

The almost incredible saga behind the divine Toilet Seat will be related below in a moment. Initially, however, the earthshaking importance of this find must be established. The scientific community is already hailing it as at least equivalent in significance to the discovery in August of the previous existence of organic life on the planet Mars. Jim Morrison’s Toilet Seat from the Blue Bus will quickly win recognition as one of the most renowned relics of the modern world along with the Holy Hand Grenade of Antioch, the Divine Dentures of the Tooth Fairy, the Petrified Paw of the Easter Bunny, and the Exquisite Excrement of Saint Scrotum.

Sotheby’s of London and New York was contacted about the potential value of the Sacred Seat; if authentic, they declared, (how can there be any doubt?) it would be considered priceless and in a category with Leonardo da Vinci’s Mona Lisa. The figure they conservatively suggested was $5 billion. Agents claiming to represent Donald Trump, Madonna, and the Saudi Royal Family have conversed with me by telephone about purchasing the object, but they were immediately rebuffed. Instead, my intention from the outset was to donate the Sacred Seat to Rich O’s Public House so that it can hang majestically from a wall in the future Blue Room after remodeling. Perhaps this gift will be recognized as my greatest contribution to humanity.

How this author came to possess the sacred Toilet Seat more than two decades ago is nearly unbelievable, and comparable to the Republican Party’s “Tales of the Rich, Famous, & Brain-dead”.

It is well known that Jim Morrison was briefly a college student for four trimesters in 1962-63 at Florida State University in Tallahassee, Florida. There he befriended a history professor named James Pickett (a direct descendent of George, from Gettysburg notoriety) Jones, who attended some raucous parties with Jim, conversed with him frequently, and helped him to minimize the adverse consequences of some troublesome times.

Soon after Morrison’s death in Paris on July 3, 1971, the spiritual Jim driving the celestial Blue Bus visited Dr. Jones on a clear, cold, bright, starry, Van Goghesque night in Tallahassee. Saying that he would return several decades later to pick up Dr. Jones at the proper time, Jim presented the professor with the Toilet Seat from the back of the Blue Bus as a token or memento of their eternal comradeship. In all probability, Jones cherished the Toilet Seat infinitely more than any of his four wives or multitudes of female companions.

Eventually, from September, 1967 until July, 1973, I matriculated through the graduate program of the History Department at FSU, achieving a Master’s and Doctorate Degree while developing a fast friendship with James Jones.

As fate would have it, Jones had always been a rabid sports fan whose burning ambition for decades was someday to attend the Final Four of the Indiana Boys Basketball Tournament. Consequently, I used family connections in March, 1973 to acquire two tickets. James drove seven hundred miles from Florida to Hoosierland, and we watched New Albany win its only state championship (incidentally, in spite of being a devoted Jeff Red Devil, I rooted for the rival Bulldogs to triumph as a matter of neighborly respect).

In an expression of profound gratitude and in recognition of being kindred spirits, Jones gave me the Sacred Seat with the understanding that someday in the future Morrison, Jones, and Barry would be riding the Blue Bus together.

Nevertheless, the 1970’s and 80’s were unstable and occasionally turbulent years for me. The year 1979 witnessed my return to the city of Tallahassee and FSU (for how long I had no idea) as well as my decision temporarily to store the Sacred Seat in the backyard garage loft for safekeeping.

Amazing as it might presently seem, I completely forgot about the Crapper Cover, although there were often not-so-subtle suggestions in my life of its existence. Every year I would return to Indiana to visit family and friends and to reside at the Barry homestead. On many clear, bright, starry, Van Goghesque nights, after returning from fun & frolic at Rich O’s, standing and tinkling in the back yard, I would observe the Blue Bus suddenly descending from the heavens with Jim smiling and waving at the driver’s seat.

After feeling relieved that the Blue Bus did not stop to collect me and relieved after having just relieved myself, I merely concluded that Jim was out on that particular evening joyriding. Silly me!! I failed to realize that Jim was passing by to confirm that his Toilet Seat remained securely stored in the garage attic.

Yet as recently as Christmas of 1995, May of ’96, and the first days of August, my sightings of the Blue Bus still did not awaken my consciousness of reality — until my mother on August 8 recommended that we purge the garage of its decades-old junk! Now, as this article is being composed, the Sacred Seat is the proud possession of Rich O’s Pub in New Albany, Indiana.

By the way, the sides of the Blue Bus are covered with graffiti, not unlike Jim’s grave site at Pere Lachaise Cemetery in Paris. Some of the dawdlings appear as follows: “Live a life that’s free”, “Show me the way to the next whiskey bar”, “C’mon baby, light my cigar”, “Breakin’ on through to the other side”, “Everyone here gets out alive”, “Mr. Mojo Risin'”, “Riders on the storm”, and “Running Blue”.

Folks, quite simply, we presently verge on a revolution of popular culture. The holy Crapper Cover at Rich O’s will soon emerge as the greatest pilgrimage shrine in the world, superseding such locations as Rome, Mecca, Graceland, Jerusalem, Henryville Forestry (where Elvis now resides in a log cabin), and Pere Lachaise Cemetery itself (the final resting place for such luminaries as Edith Piaf, Oscar Wilde, “Divine” Sarah Bernhardt, Chopin, Richard Wright, Moliere, the Communard Martyrs of 1871, and French President Felix Faure, who succumbed in February, 1889 from a stroke suffered in the rear of a limousine while his dance hall girlfriend performed fellatio, with rumors later abounding that he expired with a smile on his face and that never in history had such a “blow” been struck for French democracy).

But now in our contemporary era, people from all over the world will eagerly travel millions of miles to observe (perhaps even to touch?!) the Sacred Seat. An amusement park named Seven Flags Over Floyd County will be constructed, featuring a gigantic balloon in the shape of the holy Toilet Seat, beckoning the faithful to shops selling tee-shirts, bottle-openers, key-chain-tokens, toilet-seat-shaped earrings, belt buckles, fuzzy toilet-seats for rearview mirrors, etc. In his next presidential bid, Dan Quayle will undoubtedly adopt as his campaign symbol a blue toilet seat — and appropriately so!

Yet, in all probability, the same question that has been swirling through my mind for weeks is also mesmerizing you as well. If I (now Rich O’s Pub) possess the sacred Toilet Seat from the back of Jim Morrison’s Blue Bus, then the practice of taking a dump or whiz for the riders of the Blue Bus must be an awfully uncomfortable act. Correct?

However, my theory is this; the occupants of the Blue Bus are ensconced in such a happy haze of Guinness, Bushmill’s Single Malt, Cohibas, Sportstime Pizzas, and Marvelous Music by Mozart & Mahler & Morrison that they are oblivious to any replacement’s contorted configuration.

And so it should be, for an eternity!