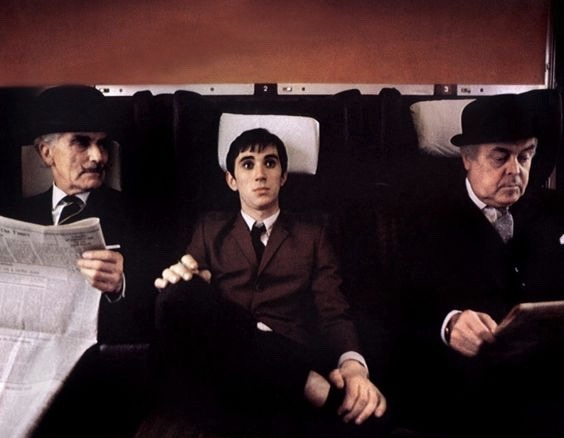 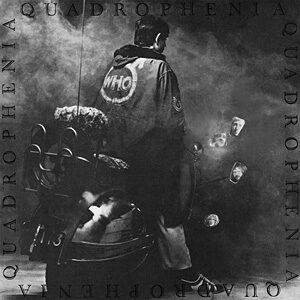 Emerging from the shadows of The Dolphin pub in Plymouth’s Barbican, we began walking toward the stunningly perfect natural harbor, the open sea a short boat ride to the south.

Suddenly steady, mounting, weirdly mechanized buzzing could be heard just around the corner.

Were we being pursued by lawnmowers?

How could someone landlocked and corn-fed like me, born and raised thousands of miles away from Plymouth—who didn’t visit England until he was 38 years old (and made a beeline for Brighton)—possibly experience 1960s-back-dated déjà vu on a Devon quayside during the Obama administration?

When the whirring subsided and the scooters disappeared around the bend, my wife’s cousin explained that The Who’s seminal 1973 album had been adapted for restaging as a musical by its writer, Pete Townshend. The show would be playing at the Theatre Royal Plymouth, and so we bought tickets and attended a performance.

It was cleverly done, with a group of young vocalists and instrumentalists gleefully blasting their letter-perfect way through passages made immortal by Townshend (guitar and vocals), Roger Daltrey (vocals), John Entwistle (bass and brass) and Keith Moon (drums and percussion).

Tears kept advancing toward my eyes, throughout, because Quadrophenia inevitably works that way for me.

The basic facts about Quadrophenia are well known. It was conceived by Townshend as a concept album, embracing aspects of post-war British cultural history utterly remote from the American experience.

The protagonist Jimmy is a Mod; on the other side of the “contrasting ethos” aisle are the Rockers. These rival gangs have virtually everything in common when it comes to shared white ethnicity and socio-economic futility in post-war Great Britain; duly deprived of larger differences, they fight endlessly over small patches of turf defined primarily by style, fashion and attitude.

In turn, each of Jimmy’s personalities is scored as a musical theme, and in operatic fashion, these themes are stated through bookending instrumentals (“Quadrophenia” and “The Rock”), and seeded throughout the narrative. All of it comes to an epiphany in “Love Reign O’er Me,” the album’s closer, as Moon attacks a gong and upends it, with the apparatus can be heard clattering to the studio floor.

Arguably, Quadropenia is The Who’s aggregate musical pinnacle. It fuses the players’ greatest individual strengths during a period just before weariness and attrition began taking their toll. Astoundingly, not one of them was 30 years old when Quadrophenia was recorded.

As a whole, while oblique to American ears, Jimmy’s saga makes far better sense than Tommy, the group’s better known album. Upon release, Quadrophenia was by no means acclaimed as an “instant” classic, but it has aged remarkably well, with its deeper, layered textures successfully maturing over time.

Like Pink Floyd’s album The Wall, Quadrophenia’s inherent themes are capable of creative reinvention quite apart from their original milieu. These days, Tommy as a whole seems slightly impoverished by comparison, although its glory came when played live.

Quadrophenia’s enduring resonance in my own singular existence has much less to do with the details of its birth and subsequent reincarnations than with an unquestioned, bedrock fact of the rock and roll canon in its most expansive sense, because in the end, the music is all about me.

Pete Townshend, that distant Englishman, actually addressed me personally—one listener out of millions—with Quadrophenia, an album I first heard at 13 years of age and found bafflingly impenetrable, but a few short years later, gratefully embraced as a salve fully capable of addressing the innermost labyrinths of my far-off Hoosier world in a way that was just plain uncanny, and remains inexplicable these many years later.

Why not? After all, that’s rock and roll.

In retrospect, it is clear that from a very early age, I’ve harbored inclinations toward cantankerousness, rebellion and insolence. Curmudgeonly cynicism is my destiny.

However, these traits took a while to coalesce into a viable doctrine for daily living. Like so many other teenagers, I couldn’t always find words or principles to articulate my thoughts, and when I became aware of The Who and Townshend’s terse early statements of doubt, self-loathing and alienation (“Can’t Explain” and “Substitute”), contrasting with outbursts of aggression and bravado (“My Generation” and “Anyway Anyhow Anywhere”), they definitely served as an influence.

But I can be a very slow learner and a comically late bloomer. To grasp the broader implications of Quadrophenia, I had to grow a bit older and be knocked good and hard upside the noggin (in a metaphorical sense). 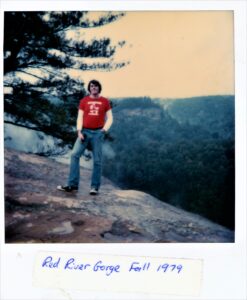 My inevitable comeuppance came in 1979.

Although captivated by my philosophy and history courses, I was muddling disinterestedly through university, completely clueless about the future. Then, providentially, I met a gal, and at last there was something approximating clarity, because naturally, as with every TV show I’d viewed since the boob tube became my de facto babysitter in 1963, there would ensue a storybook romance, marriage, a tossed-off career to pay the bills, children, softball, holidays, and so forth, until at last, decades later, I’d find myself seated in one of Thornton Wilder’s wooden stage chairs.

The relationship proved just as epochal as I’d imagined it would be, except in reverse, which is to say it was short-lived and (at its conclusion) traumatic. In retrospect, with the benefit of age and experience, I can see it for what it was, and wasn’t. I was foolish and immature, and neither of us were ready for daydreams even if there’d been more to it (now we’re friends, as it almost surely was intended to be, all along).

A lifetime of coddled pop song lyric gullibility was no preparation for this “happily ever after” plot line to slip away, but there was a cassette handy for consolation: Quadrophenia, because Pete, well, he knew exactly what it felt like. I listened to his prescription every day for weeks on end. I was Jimmy stranded on the rock, reviewing my life, wondering what went wrong, and unsure about what was yet to come.

My despair proved to the jump-start to a process of self-discovery that happily has not ever stopped since, and yet oddly, just as Pavlov’s famous mutt can’t remember exactly why he’s salivating, not a one of my founding Quadrophenia myths surfaced on February 16, 2013, when the two surviving members of The Who came to Louisville and staged a compelling revival of Quadrophenia, performed in its entirety.

Diana and I attended. For once, I just enjoyed the music. The rest of the back-dated historical document, occurring so very long ago, didn’t matter at all. Joy isn’t an emotion in my arsenal, except it was on a winter evening in Louisville. I dare say the experience might even have been spiritual.

After witnessing Quadrophenia by the Who at the Yum! Brands Arena, I concluded that Townshend’s relatively narrow point of reference (Mods vs. Rockers) had expanded into something broader and international, yet capable of reverting to a very small scale and becoming personal mythology for a guy like me, when I was most receptive to it.

Accordingly, maybe we need mythology to be arena-sized and not confined entirely to a busker’s cubbyhole or one’s own car stereo.

Maybe we’re always looking for comprehensive planetary universals to help us sort through our own small-pond, slice-of-life particulars.

Maybe music functions as precisely such a religion in my own innermost world.

Maybe I’m kidding myself, because I know it does.

Tears get in my eyes. Music like Quadrophenia inevitably does that.