This column from “On the Avenues” originally was published at NA Confidential on November 14, 2019. Kindly note that nothing came of my plan to tell the full story of my 1989 travel year, but hope indeed springs eternal.

Earlier in 2019 you may recall my promise to regale readers with tales of my travels three decades ago, and to illustrate these stories with freshly digitized slide photos from the trip,

Life got in the way and as has been my lifelong preference, I chose instead the path of least resistance — otherwise known as social media. The photos were posted at Facebook with truncated commentary, and now it’s a good news/bad news proposition. On the one hand, I failed to make time to do the writing necessary to properly spin the yarn. On the other, there’s actually an outline in place to do so.

Consequently, there must be a new plan. During the forthcoming cold weather season I’ll begin writing, illustrating and posting chapters. Concurrently the next round of digitization will begin, these being the slides from my travels and teaching assignment in Kosice, Czechoslovakia (now Slovakia) in 1991-92.

In the meantime, in an effort to fulfill at least a smidgen of my discarded promise, here’s the story of my life-altering day in Madrid, early in November of 1989.

Thirty years ago at the beginning of November I arrived in warm and sunny Madrid after a grueling 40-something-hour textbook budget traveler’s Eurailpass journey by Atlantic Ocean ferry and French trains from cold and damp Ireland. 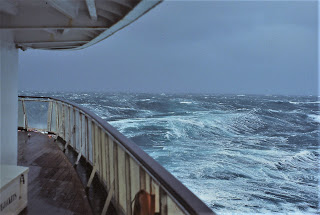 This is the sort of insane connection I wouldn’t even consider attempting nowadays, and if I did, just use my iPhone to book a $50 budget airline ticket and be done with the transfer in a single morning. 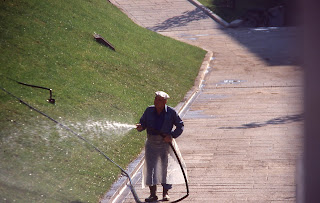 The better weather in Madrid was tonic for a growing malaise. Only in retrospect could I see this patch as a bone-deep, pervasive exhaustion from more than five months spent on the road—and with another month and a half scheduled to pass before returning home. Winter’s approach, as exacerbated by the claustrophobic Irish climate of daily chilly rain, might also have induced a measure of seasonal depression.

The object all along had been to stay in Europe as long as possible in 1989, dipping into January of 1990, and I had budgeted for this goal. However, traveling on a shoestring wasn’t always easy, or at least it wasn’t for me. I had a certain amount of money to spend, and no more; this meant discipline, diligence and adherence to a routine, with little margin for error.

Or, qualities for which I’ve never been universally known. It can be tiring.

But in fact I proved adept at budget travel, and for the most part this challenge of connecting the dots was fascinating. At the same time, having traveled in Europe for 12 months spread over three visits, I’d been lucky. There had been hundreds of inconsequential daily actions, almost all of which were smooth.

Apart from losing my hat in Italy in 1985 and being accosted by a drunk Hungarian outside an eatery in Budapest in 1987, nothing much bad had happened to me.

In the fall of 1989, my luck started turning the other way. 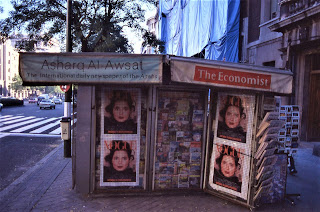 The misfortunes began in Vienna, where I somehow managed to lose my debit card, which didn’t become apparent to me until Rome. A scofflaw already had used the card to purchase $1,500 of jewelry in Venice, but this was resolved satisfactorily, although it required a few phone calls on my dime from Rome and a fee or two.

Getting a new card without a fixed mailing address was a thornier issue, and as of my arrival in Madrid I hadn’t quite resolved it yet. This was not a burden because traveler’s checks remained the norm at the time. 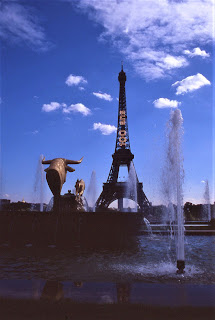 A few days later in Paris, while at the American Express office to change a few of those remaining traveler’s checks, my pocket was picked of cash while crammed into a crowded elevator. The loss wasn’t severe, just another pinprick, a further inconvenience, and a few more splurge meals down the drain.

Now finally I’d made it to Spain for the first time, and three or four pleasant days to roam before heading off to Portugal, where I hoped to stay for a far longer term owing to it being a very affordable country. Lisbon would be the place for resolving the debit card issue.

In Madrid I took my meals in a budget cafeteria near Puerta del Sol, and it was there one evening that I chose a seat next to a talkative man approximately my age who said he was Greek. We struck up a conversation, and he made it a point to record his address on a scrap of paper in case I made it to Athens later as intended.

He invited me to meet him for a couple of beers the following day, as I’d have ample time to kill before boarding the overnight train to Portugal later in the evening. It would be the usual travel drill for me: check out from my dingy room, stow the pack in a train station locker, get a couchette reservation while at the station, then loiter in Madrid until it was time to leave. 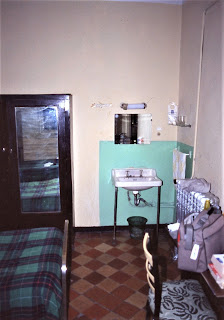 My new Greek friend suggested we loiter together, buy some bottled beers from a shop and drink outdoors in the park. Obviously it would be cheaper this way than a bar, and after all the weather was drop-dead lovely.

So I ran my errands and we met as scheduled around lunchtime, taking the subway to a large park, purchasing beers and sandwiches, and setting up a picnic. It was a sensible plan, even if today I don’t recall the exact location of the park, except there was a palace of some sort and a nearby subway stop, all the better for me to get quickly to the train station when the time came to depart. 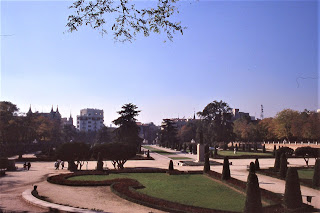 Or, conversely, as a quick GETAWAY for someone who’d never found an easier mark than a Hoosier rube for slipping him a mickey and swiping his train station locker key, cash and traveler’s checks. That address in Athens? Non-existent.

I remember almost nothing, awakening at dusk to the feeling I’d consumed twelve beers and a bottle of Scotch, not just a solitary lager, lurching first to the subway, then riding to the train station and stumbling into the locker area to find my things long since cleaned out. In reality these were worthless to my assailant and surely ended up in a dumpster within minutes. Fortunately my passport, railpass and other documents were in my back pocket, untouched.

All I had left was my day pack, camera and the clothes I was wearing.

I found a policeman at the train station, and providentially he had lived in Los Angeles for ten years and spoke perfect English. He was kind and helpful, taking my report, sadly noting a recent wave of similar crimes, and referring me to the American embassy.

In 1989 our embassy in Madrid had a loan fund to assist people like me, and I was able to rent a room for the night and sleep off the drug, whatever it was. I didn’t bother with seeing a doctor. The next day Am-Ex justified its good reputation by promptly refunding the stolen traveler’s checks, and after a trip to the massive El Cortes Ingles department store, I was duly restocked with another change of clothes, toiletries and a gym bag to carry them.

I’d already called home and given instructions to Mary Pat at Bliss Travel. She had my plane ticket changed. Instead of a month and a half, I now had two weeks left until returning home and 45 days of budgeted funds to use. I could relax and let loose as I departed Spain not for Portugal, but Denmark, my new return flight departure point and a place I could stay with my Danish friends. 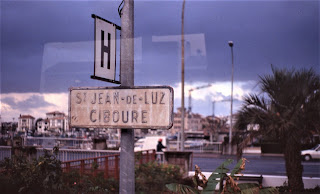 Yes, I’d had some very bad luck in Madrid, but the most bizarre thing about the experience was the highly atypical, almost Zen-like way I felt coming out of it. This memory is very clear to me. I was not angry at all. If anything, I felt a measure of relief. I may have been drugged and robbed, but not injured or killed, and it seemed to me this was a sign to return home early and do something with my life. There’d be further travels, some other time.

This “something” proved to be Sportstime Pizza, where I started working in late November, just in time to watch Czechoslovakia’s Velvet Revolution on CNN in December, and of course from Sportstime grew the subsequent quarter-century of co-ownership at Rich O’s Public House and later, the omnibus New Albanian Brewing Company. In short, post-robbery, the rest was (my) history. 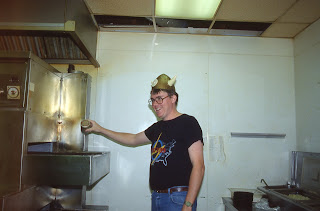 Meanwhile, seated on a train from Madrid, bound eventually for Paris and then Munich (my chosen route to Copenhagen), I wondered if what had happened might change the trajectory of my life. Unbeknownst to me, a far more transformative event was about to occur in Berlin. I’d soon be in a comfy Munich beer hall, watching as they wheeled out televisions while the Berlin Wall started falling.

Europe and I both had episodes, and we both changed a lot afterward.