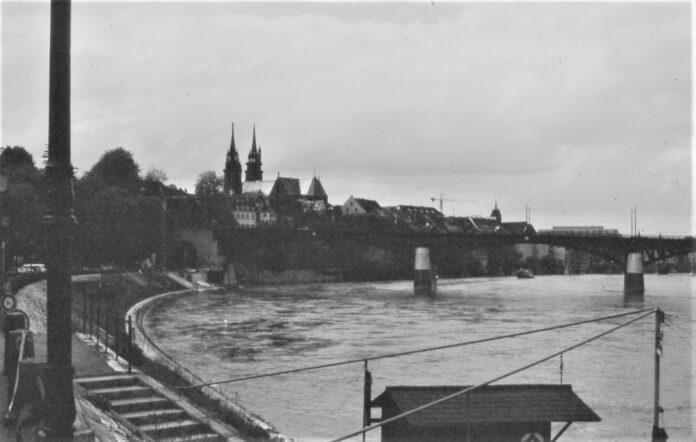 1984 gets all the ink, but it was 1985 that changed me forever. There was no keeping me down on the farm after I’d seen Paree/is (and Istanbul, Leningrad, Dublin and Oslo).

There have been many journeys since then, and I’ve always returned home to the place where I grew up, but in 1985 the European continent irrevocably rewired my consciousness. I’ve been unfathomably fortunate. I’ve also worked exceedingly hard to sustain my wanderlust.

It should be said that as transformative as Europe proved to be, the 1985 trip was emphatically not undertaken for the purpose of learning about beer, even if a formidable level of beer education took place by sheer osmosis.

Rather, it was a two-pronged journey of opportunity and passion; I could do it, and so I did, primarily because I’d become enamored with ideas and ideals about culture, art and  knowledge, as well as what it would take for me to become a responsible citizen of the world. Hence the “grand tour.”

The Grand Tour was the principally 17th to early 19th-century custom of a traditional trip through Europe, with Italy as a key destination, undertaken by upper-class young European men of sufficient means and rank (typically accompanied by a chaperone, such as a tutor or family member) when they had come of age (about 21 years old).

I was a few years late and a great many dollars short, but to return to the present, in 2022 the immediate impetus is taking a look back at my 40 Years in Beer, and in Part Eight of the series, my hitherto purely localized beer pursuits intersected with this growing obsession to travel: 40 Years in Beer, Part Eight: The origins of a European travel (and beer) obsession.

Consider 40 Years in Beer Part Eight as the introduction to European Grand Tour, and the paths will diverge. 40 Years in Beer yarn will continue, and alongside it, I’ve decided to update and repost my “Euro ’85” narrative from my now moribund NA Confidential blog (2015).

One important difference between then and now is the progress I’ve made recently in digitizing slides and photos, enabling visuals that weren’t available to me in 2015. Seeing the photos has answered questions and filled in blanks. Some of the photos will appear in subsequent installments.

We live in tumultuous times, and in late May of 2022, I’m not laboring under any illusions whatever about the critical need for autobiographical renderings documenting a generally privileged white ne’er-do-well’s European vacation 37 years ago. I’m writing for me, precisely because it’s a form of escape from the tumult. Naturally, I hope you enjoy it. I’m not offended it you don’t.

Previously in 2016, when I finished the Euro ’85 series, there was a brief summary. The space continuum is already fractured, so we’ll begin with the ending.

Perspective is a condition impossible to gauge without the passage of time. Given what we can see now about the way the world has changed since the Berlin Wall fell, those bits of Europe I saw in 1985 were considerably closer to 1945 than we are today, by comparison to 1989.

At least it seems that way to me.

Not a day passes without my being thankful for being able to commence my foreign travels in 1985, when a place like Leningrad (now St. Petersburg) wasn’t merely located in a different country, but a different galaxy.

Sometimes I try to imagine an alternative reality, in which the European bug didn’t bite. It’s an American Dream sequence, filled with signposts from the sort of conventional family and professional life portrayed on the television shows we all grew up watching.

There was a time when I aspired to such a life, but probably it wouldn’t have been the best choice for me. In fact, nowadays I can’t even imagine this alternative reality, and in saying so, I’m not copping an attitude or being snobbish. I’m not implying that the turns my own life took are better or worse than anyone else’s path.

I always knew something about me was different, that’s all. This was clear to me long before Europe entered the scene, and while much of it remains a mystery even after all this time, I know that whatever the nature of the itch, Europe enabled me to scratch it.

Because the bug still bites. Long may it continue. After the fire, the fire still burns.

Next: Part 2: In Luxembourg, hitting the ground crawling.

(The cover photo is of Basel, Switzerland, filtered black and white. It was the first photo I ever took in Europe.)