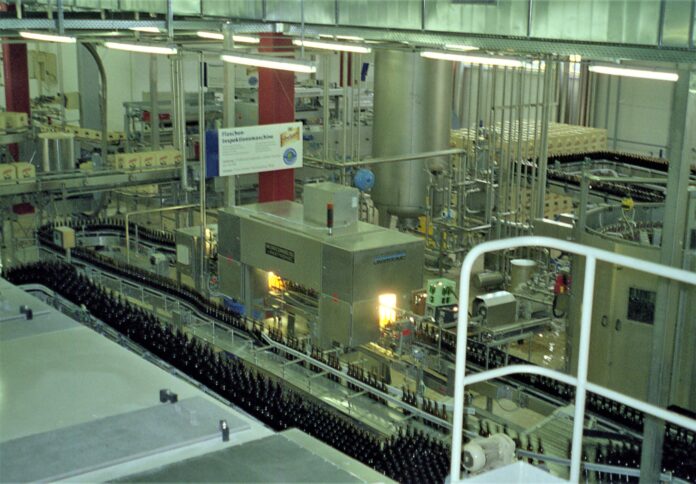 Many beer lovers feel a mysterious allegiance to draft beer, and I’m definitely one of them.

We have an enduring fascination with beer dispensed from barrels and kegs. When preparing to travel abroad, you can bet we’ll forget our toothbrushes, but learn the words for “what’s on draft?” in the local language prior to departure

The tap attraction is only enhanced when there’s an opportunity to experience old-school methods of pouring, like when cask-conditioned ale is pumped from a cool cellar, or perhaps via the simplest method of all, dispensed by gravity feed from a vessel propped up atop the back bar.

At the same time it’s almost impossible to imagine a world without beer in cans and bottles. They’re easily conveyable, and go where draft beer’s sheer bulk cannot. From a commercial perspective, these (mostly) single-use units enable an efficient use of space and a diversity of choice.

When it comes to planning the overall beer program at an establishment like Common Haus Hall, there are as many conceivable strategies for organizing the selection as planners to brainstorm them (over a few good draft beers, of course).

As previously noted, Common Haus came to us equipped with the rudiments of a usable 18-tap draft system in place for supplying the second floor “Biergarten” service area. It has been completely refurbished by the esteemed technicians at Drinkwell, and augmented with two new keg boxes for downstairs dining area draft service.

While there’d be sufficient refrigeration to support a selection of cans and bottles available throughout the building, with hundreds of brands available for choosing, for now we’ve decided to keep it simple at Common Haus.

A reminder: Common Haus is conceived as a celebration of the German ethos in food and drink, and consequently, the German “family tree” of beer styles forms the basis of the beer selection.

Here is what we know.

The starting list of cans and bottles will look something like this, once the beers all arrive.

Yes, Virginia, there is a beer plan at Common Haus, and ultimately, the configuration of the selection depends on our clientele. The program is going to be solid from the opening bell, but at the same time it will be kept purposely incomplete, with space and breathing room sufficient to allow necessary changes.

If there is any one thing we’ve learned during the build-out, the planet is in a changeable mood lately, whether we like it or not. It’s best to be nimble and accept the vagaries.

I realize we’ve been saying Common Haus is “opening soon” for quite some time, and apart from observing that we continue to meet the unanticipated challenges from near and far with determination and aplomb, it lies outside my area of responsibility to venture a guess.

I’d say we’re only days away, but as the 1970s-era ketchup advertisement correctly posited, anticipation keeps us waiting – all of us, owners, workers and customers alike.

My stance on the matter is bullish, and Common Haus is going to be worth the wait.