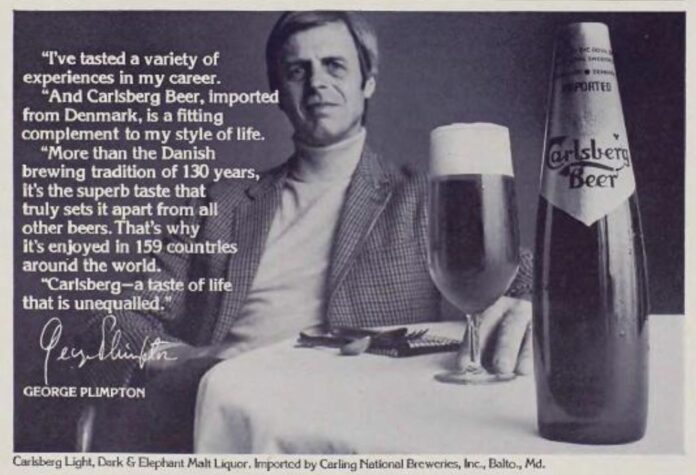 (A version of Part 2 appeared in The Aggregate’s January 2022 issue.)

I turned 21 in 1981, but as we’ve seen, my pursuit of beer began just a wee bit before this. As such, my quest for beer implied a measure of indifference to prevailing statutes, and indeed, it is a charge to which I plead nolo contendere.

There wasn’t a uniform national “must-be-21-years-old” standard for the purchase of alcoholic beverages until the National Minimum Drinking Age Act of 1984, stipulating that any state continuing to allow persons under 21 years of age to buy beer, wine and spirits would see its yearly federal highway apportionment reduced by 10 percent.

Automobile-addicted states rapidly came into line, although even before this instance of top-down arm twisting, Indiana and Kentucky happily enforced the age requirement. Fuzzy-cheeked high school students like me had a tough time finding a package store clerk willing to look the other way.

Eventually we learned they existed, for the most part in Louisville’s West End.

Illicit circumstances meant that finicky taste buds weren’t a viable option, and I drank the cheapest beer in proximity, making sure there was plenty of ice in our succession of shabby Styrofoam coolers. The colder the beer, the less chance of any discernible olfactory characteristic peeking through.

Ice was my best friend because at first, I didn’t much like the taste of beer. As with the fabled road to Carnegie Hall, constant practice (read: diligent force-feeding) brought me to a point where the flavor became somewhat tolerable, and then actual preferences began to develop, as with Schlitz and Stroh’s.

Finally the light bulb started flickering: wait, surely there must be more to beer than this? But if so, where to find it?

Beer in the Louisville metropolitan area during the 1970s came from two broad American brewery groupings: bigger and smaller, producing precisely the same light, lighter and lightest golden lagers. They were only distantly related to lager’s Old World heritage in Germany, and also by this point many light years removed from pre-Prohibition lager adaptations in America, which at least bore a vestige of similarity to the ancestral template.

One by one, dozens of smaller “regional” breweries like the original Falls City, Sterling, Wiedemann died slow, painful deaths during the 1960s and 70s, unable to compete with mass-market economies of production, scale and advertising, and also seemingly helpless to devise beers calculated to attract younger drinkers. Invariably the rights to these deceased breweries were sold, often to the opportunistic firm of G. Heileman, which resurrected them as bastardized, taste-alike, low-cost ghost brands.

Anheuser-Busch, Miller and Coor’s were the powerful industrial brewers at the top of the heap, dedicated to commoditizing beer, and forever circling the turbulent skies in search of the next famine-weakened Cook’s Goldblume (from Evansville IN) to undersell into bleached bones for the sake of market share.

By the time I started college in 1978, fewer than 100 brewing companies remained in the United States. Isolated alternatives to the status quo were visible, if only dimly to a landlocked Hoosier. Fritz Maytag had taken over Anchor Brewing in San Francisco, the pioneering New Albion came and went in the mid- to late-1970s, and Sierra Nevada was founded in 1979, but it remained that Southern Indiana emphatically was not Northern California.

Yet amid this veritable nadir for beer, there emerged two conduits, both of them found not in my city of New Albany, but upriver in Jeffersonville.

Rocky’s Sub Pub was located opposite Jeff Boat, and Cut-Rate Liquors did business in downtown Jeffersonville. Mass-market American beer continued to be their stock in trade, and yet mysterious imported beers appeared, too, almost always in bottles. These imported beers came and went. They were pricy.

And they also tasted different. Some of them were fuller-bodied, others dark, even black. A few were identified as “ale” and “stout,” exotic terms if vague in terms of definition. In retrospect, many exhibited flavors and aromas redolent of cardboard, and this isn’t a compliment. It means they were oxidized, and past their prime.

Still, the lesson was real and impactful; beer needn’t be golden, light and flavorless.

A fortunate convergence of factors made it possible for Rocky’s and Cut-Rate to be accidental, and probably inadvertent, revolutionaries. Among them were a handy legal regime, and a small business visionary.

Prior to the mid-1980s, archaic Kentucky “fair” pricing laws provided a competitive advantage to Indiana package liquor purveyors, the most prominent of which was Cut-Rate, where ubiquitous Kentucky license plates testified to the Commonwealth’s weekly loss in tax revenue.

Concurrently, a short distance away on 10th Street was the warehouse of the now long extinct Nachand Beverage Company, a beer wholesaler owned by the late Ed Schuler, one of the finest gentlemen I’ve ever met, and a true innovator. Ed didn’t have any of the ascendant national beer brands, and he noticed a profitable, almost entirely ignored niche for a steadily growing supply of imports. He acted accordingly and filled his warehouse with them.

Thanks to Nachand Beverage, Cut-Rate had an uncommonly large off-premise retail selection of imported beers. Many of the same brands also made it to Rocky’s Sub Pub, to be enjoyed on site with the eatery’s signature pizzas and sandwiches. We’d sample beers at Rocky’s, and then stop at Cut-Rate on the way home to stock up on the ones we liked.

Kentucky eventually changed its laws, dooming Cut-Rate to oblivion. Sadly, Ed died far too young, and so did his son Chris, who worked for him and inherited the business. Nachand was bought out by Monarch, a dominant Indianapolis wholesaler, and later Rocky’s Sub Pub vacated its funky original site for reinvention as an Italian grill in the shadow of the Clark Memorial Bridge. Now it’s out of business, too.

But 9,000 American breweries have taken root, and four crazy decades later, the metro Louisville scene is home to around 30 of them. The local scene couldn’t have changed any more drastically, and that’s why it matters, at least to me, to remember where it all began.

Obviously, I foresaw absolutely none of this at the time, when it started to become routine to pinch pennies to be able to afford a six-pack of Heineken Dark or Bass Pale Ale. A working relationship with these and other imported brands wasn’t on the agenda, and hadn’t even been contemplated. 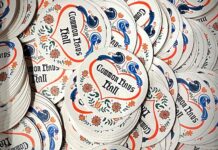 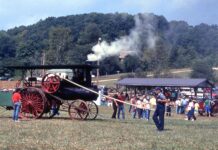 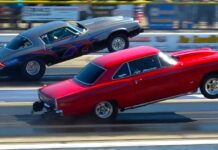 Welcome to Nawbany, Episode 1: Let’s all fight for something, anything, whatever 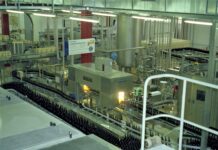 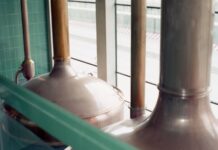 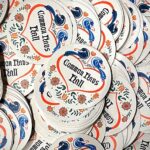 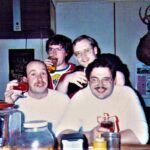 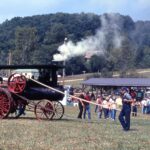