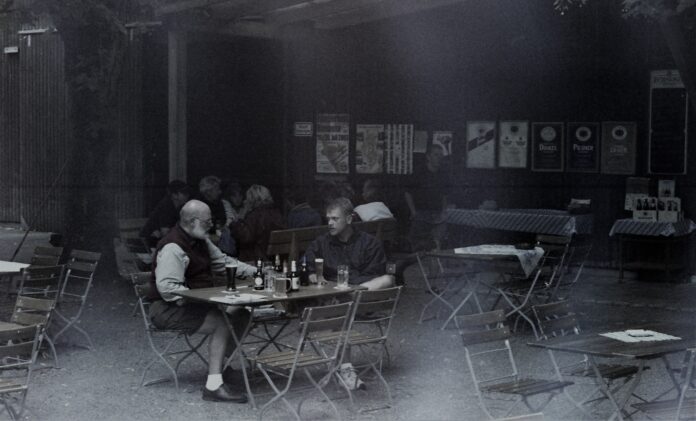 Last week the local topic of much conversation pertained to the pandemic, a word derived from the Greek pandēmos — pan meaning “all” and dēmos, “people.” Interestingly, the English poet John Milton later coupled the same Greek root word pan with daemonium, the Latin adaptation for “demon,” thus coining the word pandemonium — the place of all demons.

At this point I’d settle for a basket of pan-fried oysters with a pint of Dry Stout or three — in a glass, please, not the pandemic-requisite plastic cup.

My point is that we as yet have a COVID-19 problem in America, and it remains a subject of concern for craft brewers in spite of reopening phases currently underway throughout the country.

The following column, originally published in the Winter 2015 issue of Food & Dining Magazine, was a consideration of craft beer at a crossroads of seemingly inexorable growth. The coronavirus’ suppression of commerce has acted much as an exclamation mark following a period during which that growth slowed considerably, modified by numerous factors beyond the scope of today’s flashback.

Craft beer in a room with other people, or craft beer on your patio with mobile device close at hand?

As I imagine those oysters and stout, I’m also contemplating what the future holds. 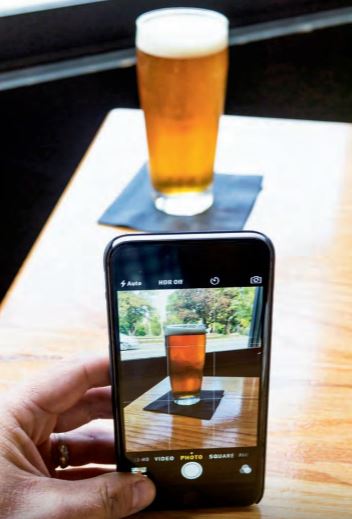 When Food & Dining Magazine published its inaugural edition in 2003, there hadn’t yet been an American Craft Beer Week. It came along three years later.

As for the descriptive term itself, “craft” first arose in the mid-1990s, and it took a long time for many of us to assimilate the usage. When we finally moved past “microbrewery,” it already was time to question the meaning of craft. Truly, the curmudgeon’s work is never done.

However, developments entirely divorced from semantics have contributed mightily to how we see craft beer today, and in the most literal of senses.

The first camera phones were developed in South Korea in 2000. After a period of Japanese honing, they reached America in late 2002, to become widely available amid continuing technical improvements.

Camera phones were absorbed and redefined by smartphones equipped with increasingly sophisticated capabilities, all of which has brought us to an unprecedented juncture in the history of contemporary beer appreciation.

Suddenly, beer taste became visual, and at times viral. First a revolution in brewing changed the way we think about beer, then technology changed the way we process, document and disseminate these expanded thoughts. Nowadays, craft beers are micro, and beer drinking rituals macro.

Mere seconds after gently popping the cap on a prized, hard-to-find Westvleteren 12, Pliny the Elder or rosy periwinkle-infused Malagasy Saison from the hottest new nanobrewery in southwestern Madagascar, a quality photo of the beer, glassware and bottle is ready for staging, a scene captured by the ever-present phone camera, and one quickly reaching a huge potential audience of friends and followers on social media.

Enjoy a sip — and tell everyone about it
Having been properly certified and accredited, the beer is ready for drinking, but the ritual has only just begun. A review must be written at one’s favored on-line beer ratings aggregator, destined to join thousands of others, which collectively form the basis for beer decision-making by countless beer nerds all over the world.

If this tableau plays out at home, the mere possession of prized beers may owe to ubiquitous electronic connectivity. Beer lovers construct vast networks of like-minded acquaintances to track rare and unusual beers, and once they’ve been located, the gray market opens for business, and the haggling begins in earnest.

Thousands of beers are available through normal distribution channels, and may be purchased at package stores for carry-out, or consumed at specialty beer bars and multi-taps. Increasingly, all manner of restaurants stock craft and imported beer: Pizza joints, taquerias, Chinese buffets, gastropubs, weenie wagons, steak houses; you name the concept, and a range of better beer probably is being offered.

Wider beer availability makes it even more complicated for the well-rounded beer geek, because not only must the beer be rated, but the establishment as well.

There is so much to do: Check in with social media, scan voluminous beer lists, critique the omission of crucial stylistic ranges, match available choices with ratings aggregators, ensure the beer isn’t a repetition of a previous choice, determine whether wait staff has a clue, dip a thermometer into the liquid, parse issues of beer freshness, and at some point, at long last, once the housekeeping tasks finally are collated and nearby planets helpfully fall into alignment, there’ll be time to chase a bowl of fiery chili with an honest ale, and maybe — just maybe — have some fun.

Old assumptions, new realities
I may be slightly exaggerating these accounts of modern times. You’ve heard it all before, from every ancient geezer whoever hugged a handy bar stool and spun tales of snowdrifts, deprivation and the unreliability of younger generations.

This being a magazine centered on food, I readily concede that you may wish to take my musings with a grain of Himalayan salt.

Still, I’m sticking with my basic hypothesis: The visual-oriented immediacy of instantaneous mobile communications has obliterated the craft beer landscape and swapped old assumptions for a new reality, which continues to mutate and evolve.

In retrospect, there was a steady cadence to the arc of craft beer growth and acceptance from 1976, when New Albion Brewing was founded in California, to the early 1990s, when a great spurt took place. Unfortunately, the exuberance was premature, and in 1997 the bubble burst.

Craft beer growth in 1997 was only 2%, following a 58% surge just two years before. During the period 1997-2003, growth remained in the low single digits. Beginning in 2004, there was a healthy escalation, and double-digit increases have occurred ever since.

By this point, a new generation of craft beer drinkers was coming of age. They were familiar with craft, and had never seen a rotary dial phone.

No longer is it necessary to live drinking lives of silent enjoyment. We have become broadcasters, style arbiters and photographers, relying on visual cues whenever the thicket of raw information becomes impenetrable.

The craft beer enthusiast is better off now than ever before, with a caveat: Aren’t appearances only skin deep?

Where we are now
From its inception in 2003, this publication has been exemplary in its devotion to twin virtues: Thoughtful, cogent writing and mouth-watering photography.

Moreover, it has deployed these dual strengths to document the Louisville area food and dining scene, which deserves it. My beer column has been but a tiny component in this bill of fare, and yet it bears noting that when the column began, it wasn’t at all common in our part of the country to associate better beer with better food.

Now it is, and the point is constantly reinforced through the very same electronic and communications media.

Up the revolution, but let’s not forget that in its most glorious and expressive format, Food & Dining Magazine remains real, tactile and capable of occupying space on a tabletop, to be discovered by the next reader, or actually arrive in the mail, as did the beer publications we used to pluck from the postbox after navigating pesky snowdrifts … and hangovers.

Ironically, now that craft beer enjoys mainstream acceptance, thanks in part to communications technology altering the way we think, my own thoughts continue to turn toward grassroots counterrevolution, to beer as a singular joy, embracing tastes and places.

As a contrarian, I’ve no choice except seeing it differently. Perhaps I’ll start carrying a blindfold with my bottle opener.