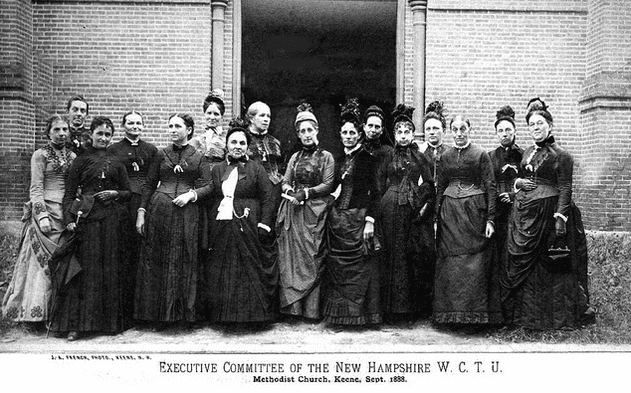 Excerpted from the original posting at Food & Dining Magazine on 30 August 2021.

If I had a great beer yesterday but forgot to take a photograph, did I really drink it?

Monnik Beer Co.’s eight-month-old second location in New Albany celebrated a ribbon cutting last week, with the usual local dignitaries assembling to pay their respects to free enterprise (and properly so, of course), while I nursed an Italian Disco or two and contemplated all the back stories that cannot be told, at least yet.

Once upon a time in downtown New Albany, a house stood in the space between Monnik’s building on Bank Street (the former NABC Bank Street Brewhouse) and the Ricke & Associates agency to the north. If there is a photo somewhere, I haven’t seen it, although it is safe to assume an appearance somewhat like that of the Ricke house itself, or the Fox law office on the other side, probably positioned close by the street in traditional row house fashion.

Before the house was demolished around 1955, it had been used for a very long time by New Albany’s branch of the Woman’s Christian Temperance Union. In case you didn’t know, the WCTU’s mission was to create a “sober and pure world” through “abstinence, purity and evangelical Christianity.” City guides dating from 1954 all the way back to 1919 identify the house as the WCTU chapter’s headquarters. The following was written in 1937.

In the year 1852 Mr. John Crawford built and sold to Mr. Silas Day the large brick house on the west side of Bank Street now owned by the W.C.T.U. This was an example of a New Albany home of the better class in the 1850s and 1860s.

It isn’t clear when the WCTU bought and occupied the house, although as far back as 1882, New Albany’s chapter merited mention in the “Minutes of the Woman’s Christian Temperance Union of the State of Indiana at the Annual Meeting.”

The New Albany WCTU’s zenith was in the early 1900s, during its ultimately successful campaign for statewide and later national Prohibition. Fortunately, Prohibition’s myriad and well-documented failures served to discredit America’s teetotalers far better than my puny rhetoric ever could. The single most important consideration to me is that brewing continues at the very same space where beer’s enemies once conspired to deprive us of it.

That’s delicious, and it’s why we need a monument.

Historical consciousness is imperative for the future health and well-being of my chosen municipality, or for that matter any other, hence my conviction that the victims of Prohibition be memorialized, preferably adjacent to a watering hole, the very existence of which reminds us of meddling teetotalers and what they tried to take away from us.

Besides, we’ll need a place for the tour buses to offload. This effort may well become the focus for the rest of my life. Years ago, before the Monnik team reinvigorated the Bank Street brewery, I imagined how a street-side memorial plaque might read.

“In a house once standing here, New Albany’s chapter of the Woman’s Christian Temperance Union advocated for Prohibition and abstinence from ‘Demon Alcohol.’ But Prohibition was a mistake, and so it is vitally important that we remember the WCTU’s efforts favoring Prohibition, all the better for us to reject Prohibition, now and forever.”

As for Prohibition itself, here’s a book worth reading, which details the ignominy of the “noble experiment”: The War on Alcohol: Prohibition and the Rise of the American State, by Lisa McGirr.

A compelling and often ignored subplot to America’s entry into World War I is the hastening of Prohibition’s arrival. McGirr argues that sobriety, once mandated by reason of Protestant fundamentalism and anti-immigrant sentiment, merged with teetotalism as a patriotic imperative in wartime, the foundations were established for “big” government as we know it today.

In closing today’s screed, savor these words by H.L. Mencken.

“The Prohibitionists, when they foisted their brummagem cure-all upon the country under cover of the war hysteria, gave out that their advocacy of it was based upon a Christian yearning to abate drunkenness, and so abolish crime, poverty and disease. They preached a millennium, and no doubt convinced hundreds of thousands of naive and sentimental persons, not themselves Puritans, nor even democrats. That millennium, as everyone knows, has failed to come in. Not only are crime, poverty and disease undiminished, but drunkenness itself, if the police statistics are to be believed, has greatly increased. The land rocks with the scandal. Prohibition has made the use of alcohol devilish and even fashionable, and so vastly augmented the number of users. The young of both sexes, mainly innocent of the cup under license, now take to it almost unanimously. In brief, Prohibition has not only failed to work the benefits that its proponents promised in 1917; it has brought in so many new evils that even the mob has turned against it. But do the Prohibitionists admit the fact frankly, and repudiate their original nonsense? They do not. On the contrary, they keep on demanding more and worse enforcement statutes — that is to say, more and worse devices for harassing and persecuting their opponents. The more obvious the failure becomes, the more shamelessly they exhibit their genuine motives. In plain words, what moves them is the psychological aberration called sadism. They lust to inflict inconvenience, discomfort, and, whenever possible, disgrace upon the persons they hate — which is to say, upon everyone who is free from their barbarous theological superstitions, and is having a better time in the world than they are. They cannot stop the use of alcohol, nor even appreciably diminish it, but they can badger and annoy everyone who seeks to use it decently, and they can fill the jails with men taken for purely artificial offences, and they can get satisfaction thereby for the Puritan yearning to browbeat and injure, to torture and terrorize, to punish and humiliate all who show any sign of being happy. And all this they can do with a safe line of policemen and judges in front of them; always they can do it without personal risk.”

That’s one hell of a paragraph. I’m exhausted, and thirsty. What time do the bars open around here?