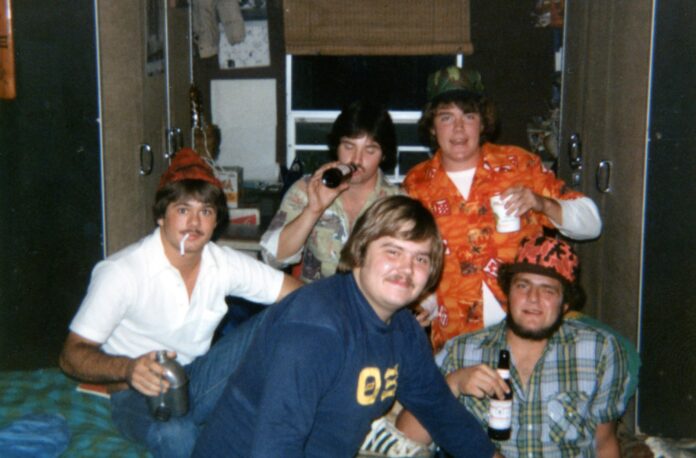 Editor’s note: I’ve reformatted this post to become the first in a series. Next in the series:

2022 marks my 40th anniversary year in the sense of being engaged (read: remunerative employment) with beer, and occasionally other alcoholic beverages, but mostly beer. Without going into great detail, the chronology, often overlapping, is as follows:

There have been a handful of consultancy gigs along the way. Since 1985, I’ve taken 40 trips to Europe, many of which were taken expressly for beer exploration. All of them included the consumption of beer, which has taught me more than anything else I’ve done. There’ve been quite a few American destinations, too.

The first time I ever wrote about beer probably was circa 1984, when I put together a “special order cases” imported catalog for Scoreboard Liquors. From 1990 through 2000, I wrote and edited Walking the Dog, the official newsletter of the FOSSILS homebrewing club. It became digital via e-mail (the Not Dog) until my retirement from the club, circa 2004, by which time I’d started writing quarterly beer columns for Food & Dining Magazine. Since 2019 my job as digital editor of F&D has included weekly beer columns. Other paying gigs as a writer include stints as a columnist for LEO Weekly and the New Albany Tribune, as well as The Aggregate.

This ground has been covered previously, so I’ll stop for now and refer readers to a link for deeper delving.