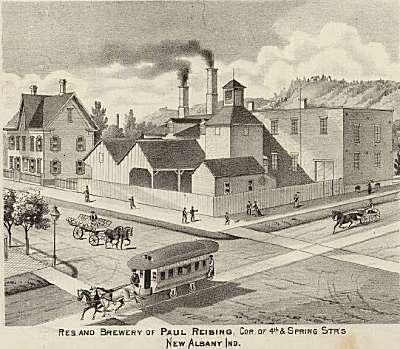 Several weeks ago the Green Mouse filed a report with upper management.

He noted that Jeffersonville’s Red Foot brewery (256 Spring Street) had ceased operations, but hastened to add that the Red Yeti restaurant and bar remains very much operational. The Common Haus crew had a meeting there recently, and the food was as good as ever, but the brewing equipment in the rear was gone.

The Green Mouse went on to say that the equipment had been purchased by a prominent Louisville brewery and moved into storage, pending a project elsewhere on the Indiana side of the river, but since neither Red Yeti has publicly acknowledged the change, nor the other brewery released information, it isn’t my place to go any further.

I can keep a secret, you know.

However, this DOES mean that Floyd County (actually, the city of New Albany alone) now leads Clark County 6-0 in number of breweries, which given the perpetual rivalry between these locales, continues to strike me as bizarre: Donum Dei, Fistful of Ales (nano), Floyd County Brewing, Monnik, New Albanian Brewing and Our Lady of Perpetual Hops.

Maybe it owes to the superior beer education that New Albanians have been receiving over the past 40 years.

When there is more to report, we will.