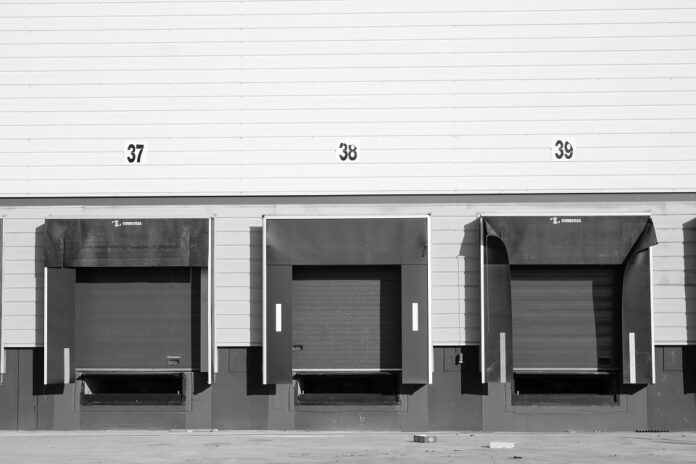 It’s that time again, the horrific American custom of surrender known as Black Friday, when the world of solipsistic beer narcissism goes crazy about the release of an Ab-InBev mockrobrew called Bourbon County Stout. I’d characterize this multinational fetishism as brilliantly self-defeating, except it’s water under the bridge for me ever since my workplace profited from a sixth barrel of it, as explained in this column, originally published at my NA Confidential blog on 24 December 2019.

BEER WITH A SOCIALIST: Why is Goose Island Bourbon County Brand Stout on tap at Pints&union?

How can the guy who always spoke so persuasively and brilliantly against the robber baron brewing conglomerate AB-InBev and its craft brewery acquisitions — particularly Goose “Trojan Goose” Island — now be pouring Goose Island Bourbon County Brand Stout at the pub where he programs beer?

It’s a very good question, and I’m surprised it took a whole week for someone to ask it.

This fact alone hints at part of the answer: It’s true that my career in beer goes back a very long way, but when Pints&union debuted in August, 2018, one book closed and another opened. A new beer narrative began, in which I no longer was Reggie Jackson’s “straw that stirs the drink,” but rather the guy playing rhythm guitar in someone else’s band.

And this, my friends, is genuinely relevant in the context of reinventing oneself. Logically speaking, a reinvention without change isn’t a reinvention at all.

In the space below you will find the longer explanation of how diplomatic relations were restored between the Beer Socialist (that’s me) and the firm of LC Nadorff and Son, purveyor of AB-InBev wares in Floyd County. Since the Rhinegeist keg purchase in April documented below, Pints&union has added Bud Light, Michelob Ultra and Boddington’s — all from Nadorff’s book.

I’m not a fan of these beers. Our customers are. Nothing more needs to be said.

When Nadorff’s Jason Mott asked me if we’d like to have the only 1/6 barrel of Bourbon County Brand Stout that his wholesale house was allocated, I thought about it long and hard before immediately agreeing to purchase it.

By doing so I was happily patronizing a locally-owned business with deep roots in New Albany. The beer itself always was fine, and so far our customers have approved in spite of a necessarily dear price tag. Do I like where the profits go? No. Do I plan to make it a habit? Beats me; probably not.

But if Nixon went to China, I can be a cussed contrarian without losing sleep.

Ultimately it all has to do with the sole aspect of our lives that stays the same, namely change. I kept one ball in the air for 25 years, then it was finished and I departed, hoping to find some way for an old dog to learn new tricks. Now I’m liberated, if only temporarily. There’ll be new orthodoxies, because there always are. The dialectic never ends.

However, my fundamental belief systems remain intact, although maybe…just maybe…I’m learning that 85% internal compliance is perfectly impeccable. A guy has to relax every now and then, and play against type.

At least I possess fundamental belief systems, something quite a few supposedly Christian fans of Donald Trump might do well to consider while gazing into their mirrors.

I appreciate Blake’s question and I hope this has been an adequate answer. Here’s the April post mentioned previously.

BEER WITH A SOCIALIST: Fruited sour dark ale from the Bud Light handlers, or how my acquaintance with LC Nadorff and Son was renewed.

America’s three-tier distribution system for beverage alcohol has eroded at the edges in recent years, but it remains largely intact.

The post-Prohibition regulatory model was designed to separate producers (brewers, distillers, vintners) from direct involvement in retail sales by inserting a wholesaler middleman into the transaction.

Nowadays the most obvious exceptions to the three-tier norm are small brewers and winemakers, who are allowed to sell directly to the public from their tap rooms and tasting areas.

In 35 states (including Indiana) some form of self-distribution is allowed. For instance, so far at Pints&union I’ve purchased directly from the Donum Dei brewery, which is perfectly legal because we’re all situated in Indiana. Conversely, to buy from a Louisville brewery would require the beer to be handled by a licensed wholesaler in Indiana.

All this is prelude to today being a momentous and perhaps even an historic occasion, because for the first time since 2002 (or thereabouts) I’ll be accepting delivery of a keg of beer for resale at Pints&union via the beer wholesaler known as LC Nadorff and Son.

Therein lies a brief story about the way that one’s point of view evolves over time. To begin, I subscribe to the Pour Fool theory of a beer drinker’s (and beer vendor’s) life.

Why sugarcoat it? Everyone knows my feelings about the matter, and historically, Nadorff as a wholesaler has been what we would call a “Bud House,” with a measure of territorial exclusivity for the distribution of Anheuser-Busch brands (and later the merged AB-InBev range).

Start with decades of personal antipathy toward Budweiser, and add into the mix a long tenure at NABC’s Pizzeria & Public House devoted to purging mainstream beers from the premises, it’s easy to see why there came a point in time roughly two decades ago when there was little interaction between Roger and LC Nadorff.

It wasn’t that I ever had anything against Nadorff, because they’ve always been pleasant people. However, as befits the position of any beer wholesaler in America, Nadorff always occupied the very middle of the chain between a multinational brewing conglomerate and a publican who despised the conglomerate.

When NABC began brewing its own beer, we made the decision to eliminate mass-market beers from the building. As such, Nadorff was taken out of the loop.

But here’s the thing.

I might well be included on AB-InBev’s “enemies” list, but I’m also a strident supporter of independent local businesses, and while Nadorff’s bread and butter always has been the AB-InBev portfolio, it remains a family-owned firm with deep roots in New Albany — so much so that 120 years ago there was a Nadorff family brewery in town.

Six or seven years ago when NABC did a beer tasting event on behalf of the Carnegie Center museum we were positioned adjacent to Nadorff’s table. I began chatting with Jason Mott, the company’s sales manager. This was prior to AB-InBev’s various “craft” brewery acquisitions, but we had a good conversation and I finally began considering Nadorff in the context of localism.

At this juncture I was full-tilt with trying to sell NABC-brewed beers, and subsequently there came my departure from the company, followed by years in the wilderness contemplating next steps. Resurfacing as Joe’s beer director at Pints&union, I was at the pub one morning earlier this year when in walked Jason, accompanied by the area sales rep for Cincinnati’s Rhinegeist.

There’d have been a time when Nadorff’s contract with AB-InBev might have excluded the presence of an American “craft” brewer like Rhinegeist, but times have changed, and we had yet another delightful talk. These days Nadorff carries beer from a few small Indiana brewers and imported brands as well as Rhinegeist and the AB-InBev acquisitions (Goose Island, Elysian, et al).

I expressed interest in occasional draft visitations with Rhinegeist’s brands, which brings me full circle to this afternoon, when Nadorff will drop off a sixth-barrel of Rhinegeist Ruby Paradox, a “fruited sour dark ale.”

That’s right, fruited sour dark ale from the Bud Light handlers, but the Bud Light handlers are the local New Albany guys, and at this point in my life it’s a distinction that matters to me. Whatever the merits and demerits of the three-tier system, the fact remains that at least in Indiana, there aren’t many wholesalers like Nadorff still standing.

While it’s probably impossible to be a true “underdog” conveying AB-InBev products, in wholesaler terms Nadorff is scrambling like all the rest to find their place in the crazy quilt of the Post-Craft Beer Era.

Owing to the nature of the beer program we’re trying to build at Pint&union (traditionalist, with occasional flights of fancy) I can’t predict how often we’ll be pouring Nadorff’s portfolio, and yet it’s invigorating to renew a local connection.

We need more of that, not less, so cheers to a renewed acquaintance.

2021 Postscript: We haven’t vended Rhinegeist in a while, and Boddington’s petered out, but when the beer division of Reyes bought Monarch in late 2020, Larry Bell pulled his Bell’s Brewery from Monarch, the state’s largest wholesaler, and his brands landed at Nadorff; Larry detests both Reyes and AB-InBev, but he was okay with an independent Budweiser wholesaler like Nadorff handling Bell’s. Consequently our Nadorff purchases have included Bell’s Two Hearted Ale. Now that Bell’s has been absorbed by Lion (Kirin), will it move back to Monarch, which has the rights to new stablemate New Belgium? It’s above my pay grade, but we’ll continue to purchase Two Hearted Ale from someone, I suppose. After all, we pour a keg a week of it. 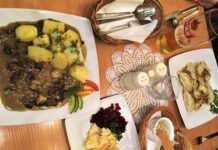 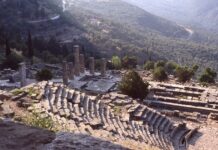