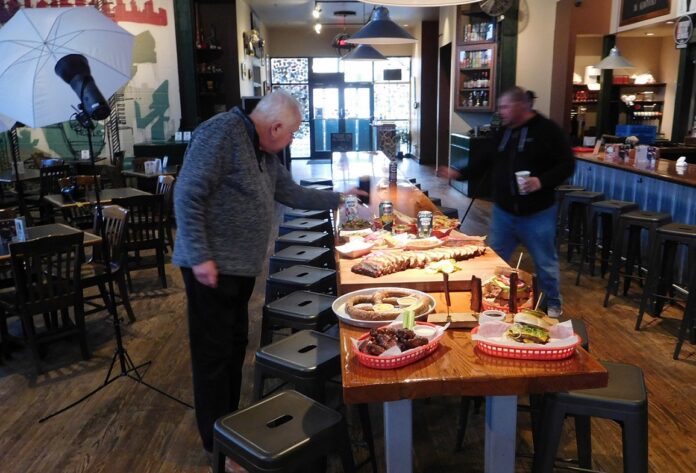 Gazing at the empty sheets of (cyber) paper, you might think to yourself that I’ve reverted to sloth, but it isn’t true.

As Diana will attest, Roger isn’t the most organized human in normal times, and he goes to pieces when the pace gets fast.

There was Harvest Homecoming in early October, then Louisville Beer Week and my appearance on the beer history panel, followed by a few days in awesome Philadelphia (our first stay away since the outbreak of COVID-19).

There were weeks-long preparations for launch of the new Indian-inspired menu at Pints&union (a big success, thanks all). The German-themed Common Haus project is at full boil, with our opening coming ASAP. I’m as knee-deep in beer as ever before, and enthused about the possibilities.

All the while I was working on a feature-length profile of Against the Grain on its tenth anniversary for Food & Dining Magazine, in addition to the daily posting obligations.

Here’s a teaser of the ATG piece. My cover image today is from ATG during last Sunday’s photo shoot.

A decade has passed, and in 2021 our enfant terrible shows signs of rounding into a stable, settled and even stately middle age. The four idol-smashing Young Turks still display edgy moments of absurdist improvisation, questionable non-sequiturs and groaning puns, but with ever higher stakes they’ve yielded to earnest chats about community engagement and neighborhood development.

Is it really possible that the same folks who brought us beers like Bo & Luke, Citra Ass Down, Kentucky Ryed Chiquen and Pile of Face – not to mention the eternally scatological The Brown Note – are rolling up their sleeves to help save Louisville?

Of course it’s possible. In my view, they’ve been doing it all along.

The issue will be published in early December.

I’ve decided to dip into the F&D archive to repost some of my less strictly topical essays here at the writing website. With these reposts, diary entries and Pints&union and Common Haus updates, I’m aiming for a three-days-a-week schedule here.

As always, we’ll see how it goes.