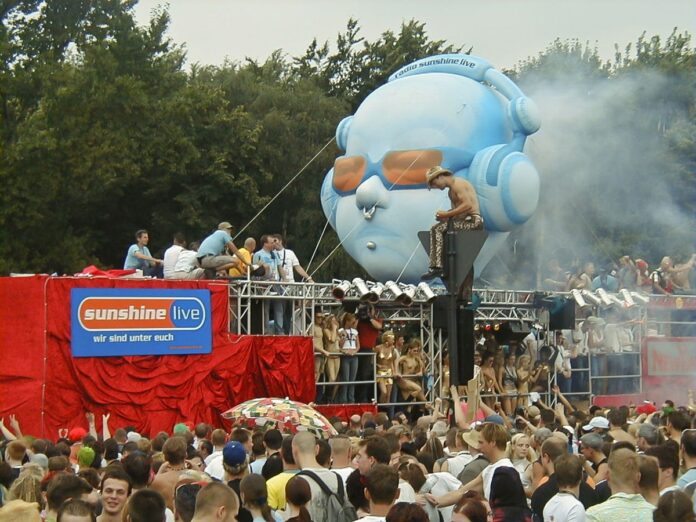 We’ve long grasped that two separate herds of Americans, some of whom periodically think for themselves, are fascinated by “pumpkin spice.”

One group has reverted to their primitive tribal origins and anoint pumpkin spice as an annual rite of autumnal passage. The other applies relentless post-modern criticism to the whole genre and creates memes terrorizing the spicers.

A few wags stuck in the middle are as yet capable of deriving a degree of humor from the mass-marketed morass, as with the sign I saw in Columbus IN on Tuesday: “Pumpkin Spice Real Estate Tips.” That’s actually funny.

As for me, I just want to know why pumpkin spiced condoms are an item I must confront in late July, long prior to the arrival of colored leaves on trees.

The same goes for Oktoberfest beers, which I reference quite often: Hip Hops: Like I was saying, Oktoberfest in July, Halloween in … January?

However, this year the metropolitan Louisville area seems to have reached some sort of cumulative culturally appropriative tipping point with respect to Oktoberfest-themed events. Every barber shop, quick oil change spot, pet groomer and county jail caterer is doing an Oktoberfest celebration, the sum total of which suggests a new norm: Oktoberfest as just another occasion for adults to dress-up like it’s Halloween.

Yes, I know; it’s not an altogether bad trend, even if I’m entitled to exaggeration. While America remains the place where originality invariably crawls off to die, these ubiquitous Oktoberfests surely are harmless. If a chronic swallower of mass-market swill — perpetually odious Pabst springs to mind — is inspired to drink better lager by pounding a Festbier, then it’s all for the best (beer).

Of course, I’m also a congenital contrarian, as ever watchful lest too many people begin agreeing with me. Whenever it feels like I’m in any semblance of a majority, it’s time to facilitate an Irish (as opposed to Deutsch) exit and find a nice, underpopulated niche for me to continue tormenting those herds I mentioned earlier.

So, what are we to do about the unchecked proliferation of Oktoberfests in flown-over Amerika?

The term means “strong beer time,” and it’s the annual March debut of Doppelbock in Munich. I’m becoming convinced that Bock, not Oktoberfest, is the way forward at the future Common Haus in Jeffersonville. It’s an Old World concept reeking with integrity, which also would confound and fluster trend-following Americans.

That’s my kind of gig.

In Munich, the traditional idea was to lure drinkers outside to the beer garden as late winter faded gradually to early spring. Granted, others locally already do a few Bock celebrations featuring goat races or the blessing of kegs; that’s fine, but for our Starkbierzeit at Common Haus, I envision beer, food and reverence, because gimmickry substituting for content has reached peak annoyance with me.

You know, something different for once.