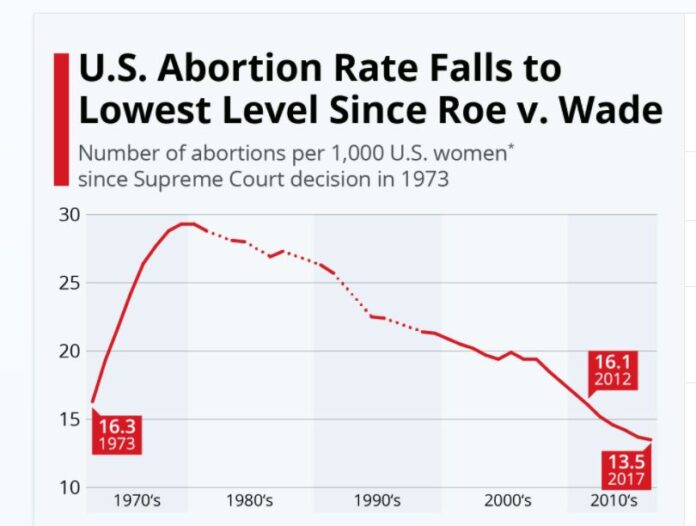 I support safe, legal abortion access. Women should retain control over their own bodies and be trusted to make the right choice for themselves.

Allow me to add that I also support comprehensive sex education and access to contraception. To me, much of this subject matter suggests a church-state issue, and consequently, as a secularist in keeping with the nation’s conceptual beginnings, I’m not interested in hearing about what YOUR God has to say about it.

Moreover, I’d appreciate my fellow males pausing to THINK for once about ways to cure OUR various neuroses and hypocrisies about abortion, health, sexuality, reproductive behavior — on and on, ad nauseam — rather than continue mistaking our stupidity and insecurities for a rational position, and barking nonsensical commands to women accordingly.

That is all. I understand this position will put me at odds with some friends and acquaintances. I know you’ll be differing, debating and expressing annoyance (or worse). Yes, we can still talk about the tyranny of the local political patronage machine, pay-to-play and ruinous expenditures. But what I’m stating here is core to my system of values, for better, or worse, or whatnot.

Do and say as you will, and don’t worry. Trust me; I’m not “running” for (or from) anything.

I wrote about abortion on occasion at my former NA Confidential blog, and being forever interested in what happened in Eastern Central Europe during the communist period, my thoughts generally drift to Romania, as we’re reminded in this article from 2018.

What Actually Happens When a Country Bans Abortion, by Amy Mackinnon (Foreign Policy)

Opponents of the restrictive abortion laws currently being considered in the United States don’t need to look to fiction for admonitory examples of where these types of laws can lead. For decades, communist Romania was a real-life test case of what can happen when a country outlaws abortion entirely, and the results were devastating…

I’ve only visited Romania once (in 1997), but regular readers will recall my fascination with the country’s postwar history. In the context of Ceausescu’s abortion ban, here’s a column I wrote for the pre-merger New Albany Tribune in 2010. I’ve reprinted it at least three times, maybe four.

This time, I changed one word in the title. Texas is the new Taliban, which of course is so very Christian theocratic America, isn’t it?

ON THE AVENUES: Abortion? Texas, or maybe Targu Mures.

In January, 2010, Scott Roeder went on trial in Wichita, Kansas and was convicted of murdering Dr. George Tiller during a church service in May, 2009. Roeder methodically stalked and killed Tiller because the doctor was an “abortionist” – just like John Irving’s fictional Dr. Wilbur Larch in Cider House Rules, although Tiller’s life ended somewhat more suddenly, and far less whimsically, than Larch’s.

When I hear the word “abortion,” I think about the dingy gray apartment blocks in Bucharest, capital of Romania. It is probable that few readers will have the same reaction, so kindly permit me to explain.

Romania’s 20th-century history was decidedly turbulent. Its pro-fascist leaders entered the Second World War on the German side, mimicking their Nazi overlords by expelling, and later savagely murdering, native Jewish and Gypsy populations. Romania volunteered troops for the German invasion of the Soviet Union, but when the fortunes of war reversed, the country lay squarely in the path of the Communist military steamroller as it drove westward.

The Kremlin fiddled, and Romania danced. As a Soviet client state during the decades that followed, Romania’s socioeconomic ideology mirrored that of the USSR’s. Consumer goods were not a priority, and contraceptives generally could not be obtained. However, as in the Soviet Union, abortion was perfectly legal, readily available and absurdly cheap. Some estimates suggest that there were four abortions for every live birth in Romania by the year 1966.

Accordingly, Ceausescu decreed abortion illegal in 1967, a change that occurred over night, without warning. Apparently the self-described “Genius of the Carpathians” had determined that Romania’s population needed to be increased, and a ban on both contraceptives and abortion would help achieve his aim – not that any thought had been given on feeding the extra mouths, or how they would be educated and employed, or where they would live.

Ceausescu’s abortion ban had the abrupt, short term effect of doubling the birth rate, but this spike was not accompanied by commensurate gains in material living standards. Romanians managed to adapt, and a steady decline in births commenced, to the point that some twenty years later, the country’s population had ceased to grow at all.

Black market contraceptives were one factor in the birth rate’s fall. Another development was more lethal in its effect, because the only Romanian population statistic that steadily increased during the years following the anti-abortion decree of 1967 was the country’s maternal mortality rate, which cruelly tripled. The likeliest explanation is that those women dying from the effects of botched, illegal abortions were included with statistics documenting those who had died during childbirth.

Until Ceausescu’s long overdue toppling and immediate execution in 1989, the Romanian governmental bureaucracy actively intervened in the sex lives of the country’s citizens, sating the dictator’s psychotic desire that greater numbers of New Communist men and women be created to man the steadily decaying ramparts of a collapsing society. Ceausescu’s motivation was purely secular, although it just as easily might have been religious. Either way, the effects would have been just as damning.

Four Months, Three Weeks and Two Days, available through Netflix, is a harrowing and compelling Romanian film that tells the story of a university student’s illegal abortion in the year 1987. It is reality at its grittiest, and not an easy movie to watch. There are no flatulence jokes, car crashes, gun battles, transformers or Sex in the City romantic escapism.

I shan’t reveal the plot, which is eloquent in its simplicity, but it bears repeating that the film’s action takes place against a stifling backdrop of sanctioned, stifling fanaticism, in this instance big government’s punitive intrusion into the lives of ordinary people. In 1987, as for twenty years before, all parties involved in transacting an illegal abortion faced lengthy jail terms if caught. In addition to the threat of maiming and even death, a Romanian woman who in the enforced absence of legal contraceptives sought to terminate a pregnancy could be imprisoned and her career – her very life – irreparably ruined.

There may be little outside of cynical Cold War politics and a certain dollop of regional backwardness to justify the dismal record of tin pots like Nicolae Ceausescu, and yet there exists a minority among us, right here in America, some resplendent in their gated communities, others with no worldly possessions, but irrespective of station, possessed of a fervent belief that leaden control must be exercised over the individual’s reproductive freedom.

If asked, at least some among this minority would advocate the imposition in America of the semi-literate Romanian strongman’s solution: A complete ban on abortion, and whatever expansion of a police state is necessary to universally enforce it.

There are still others – a tiny handful, perhaps including the convicted murderer Scott Roeder – advancing purely terroristic violence as a means of curbing a practice that they decry in precisely the same terms, which may be an eye for an eye, but makes little sense from the “prince of peace” religious standpoint in Christianity. That’s enduringly frightening to me.

Speaking only for myself, no single issue better illustrates the struggle for equality on the part of fully half the world’s population than the right of reproductive choice for women. While a woman’s freedom to choose the option of abortion may strike some as an extreme component of reproductive choice, I disagree, and a clear majority of Americans believe that it should remain just a legalized, regulated, and defined option.

What happened in Romania (for that matter, in Kansas) should not happen in America.