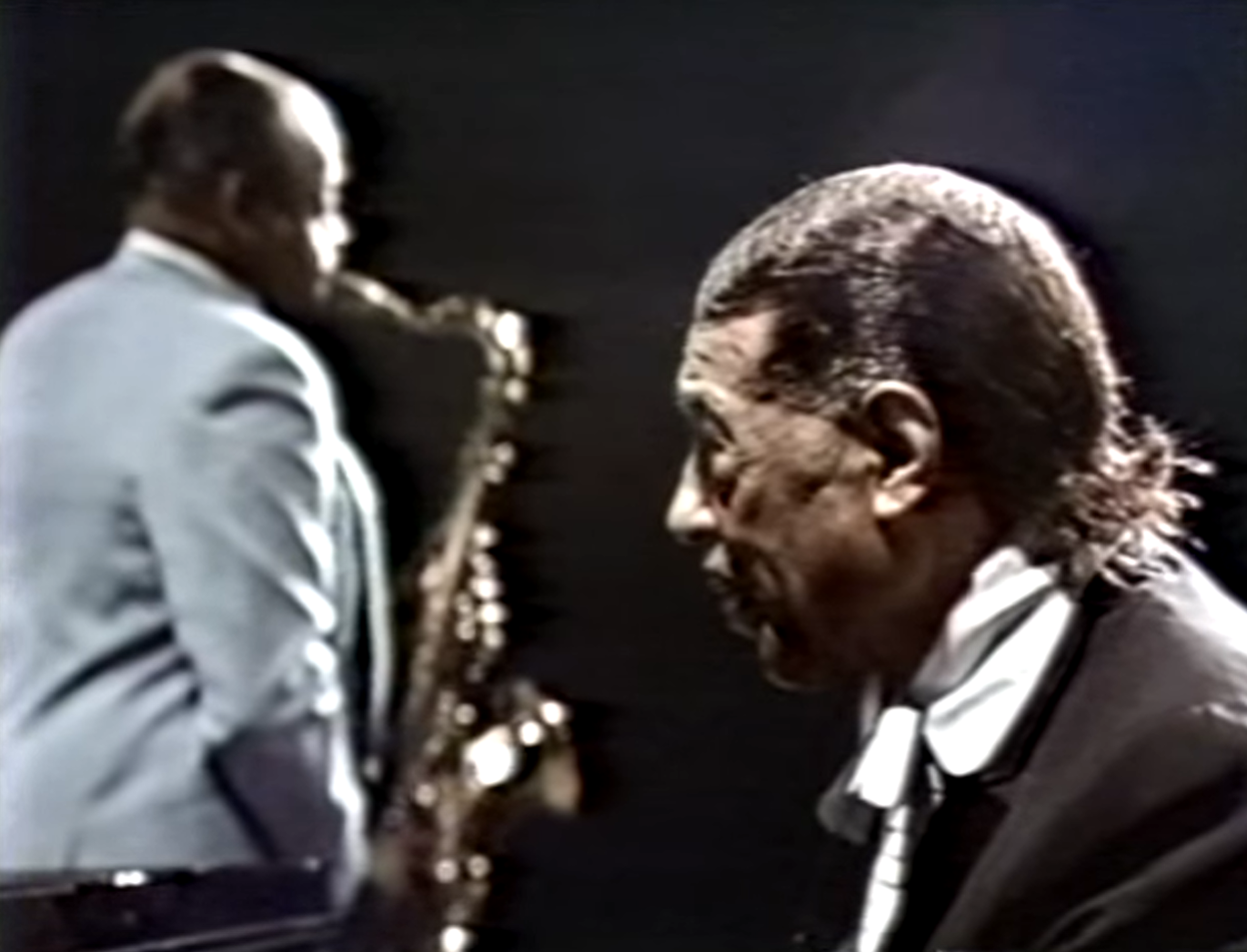 A Duke Named Ellington was a two-part “American Masters” film on PBS in 1988.

Edward Kennedy “Duke” Ellington (1899-1974) was a musician and orchestra leader in the then-dominant idioms of jazz, big band and swing. To me, he remains one of America’s foremost composers in any musical genre.

My parents raised me on music like Ellington’s, and in 1971 they took me to see a concert in Louisville by his ensemble. The rock and roll bug subsequently bit me hard, but I’m eternally grateful to have been exposed to these old-school variants of American music. They remain huge daily components of my internal soundtrack.

We all hear music differently, and as noted oft times before, my own default calibration prefers catchier tunes. Ellington wrote his share of these, capable of being whistled while strolling or “interpreted” in the shower – and selling a few 78 rpm records in the process.

Music is a big tent, and a well-constructed pop ditty with a hook means as much to me as a classical concerto or Ellington’s own extended suites of conceptual music.

The preceding is the essential conceit of the video documentary; conventional wisdom, if you will, stopping short of hagiography, though not by much. As time has passed, it has become clearer how Ellington co-opted the work of others. The basic question, now long since receded out of active memory, is the extent to which this process was the result of agreement by the other parties, whether implicit or explicit.

It is a difficult question, one affecting Ellington’s band members (who became the instruments of his own ambition) as well as son Mercer (to a lesser degree) and collaborator Billy Strayhorn. Ellington remains a musical genius, rightly celebrated, and he’ll always be a personal favorite. But a more balanced assessment is possible, which involves giving Strayhorn equal or perhaps even greater billing. I’ll consider this tomorrow.