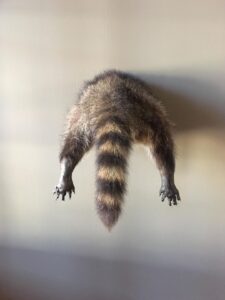 Pints&union began operations three years ago yesterday (and today, and this week). The following column first appeared at the NA Confidential blog in 2018, and it’s worthy of a repeat, lightly edited.

A few of us were chatting last evening at the pub’s debut, and before I go any further, allow me to observe how wonderful it is to have such a pub for relaxation over tasty beers and meaningful words.

For me, the experience these past few nights has been like one of those caper flicks when the gang comes back together for a final heist, and of course my personal preference is that this long-awaited reunion of the like-minded, once launched, lasts a very long time.

Profuse thanks to those of you who’ve dropped into Pints&union for a beer, a cocktail, a bite, or just to look around. Joe Phillips and his staff still have sawdust in their nostrils, and there are dozens of details in need of attention; however, the results thus far have been overwhelmingly positive.

Now comes the long march forward in the general direction of a legacy, and as much as one might like to speed this process of timelessness, it simply can’t be done overnight.

It’s like watching a tree grow or allowing a barrel of bourbon to age. Human nature must be permitted to take its course, and at some indeterminate point down the road, the fledgling notion is declared a valued tradition, and deserves it. If you have to ask when this will occur, it’s possible you’ll never understand it.

The same can be said about building a community. These things take sweat, patience and time – hence last evening’s conversation.

There’ll always be gossip, intrigue and strangeness; we’re humans, after all, but it seems to me the object is to unify the downtown New Albany food, drink and dining community. This also might be said of the independent business community as a whole.

Unity is critical, because as I’ve noted on numerous occasions in the past, and as Benjamin Franklin may or may not have said, independent businesses in a setting like downtown New Albany must hang together – or most assuredly, we all will hang separately.

New Albany is a city of 37,000, and in effect is a Louisville metropolitan neighborhood, It is not a tourist destination in itself, although thoughtful strategy and tactics can leverage the advantages and minimize the shortcomings.

Food, drinking and dining options make up one economic and cultural segment of many pertaining to the city as a whole, and yet their concentration downtown is a marketable asset in a way Summit Springs cannot ever be.

In this context, food and drink establishments are obliged to be the guardians of their own reputations, and since the collective entity wields vastly more influence than its components, we need to work together. Despite the potholes, I remain bullish about the prospects for unity.

Pints … and union. Joe picked that name for a reason.

I’m the first to admit that my transition from center of attention to cog in a machine is a bit weird.

But it’s also gratifying to occupy a place in the shadows to play rhythm guitar and take an occasional lead vocal on one of my previous hit songs, like the ever-popular “Our Beers with the Retirees at the Roman Brewery in Oudenaarde, 1998.”

Boy, was that a memorable afternoon (a few of the photos appear below).

There were something like 18 of us riding a motorcoach in Belgium, traveling between breweries as a dress rehearsal for later “beer travel” group trips I organized between 1999 and 2004.

I’d arranged for a stop in Oudenaarde, East Flanders. Just outside of the town center in a locale called Mater, there’s a brewery named Roman, established in 1545 and operated by the same family since 1600; currently, the 14th or 15th generation is at the helm.

Roman gave us a fine tour, then we adjourned to the tasting hall for samples — except the samples, normally comprising a few ounces, proved to be full pours of various house ales, many of them of higher octane. I was told my group could get a beer each on the house, after which they were asked to pay (in the end, all efforts at payment were rebuffed).

The seating area was spacious and ornate in an early 20th-century manner, and numerous senior citizens were chatting, drinking and playing cards. The atmosphere was sedate and restrained, then suddenly a type of Belgian polka music started playing loudly from the sound system. The pensioners rose and formed a line, and raucous dancing spontaneously began.

There were more women than men among the seniors, and more guys than gals in our group, and as they circled the room we were pulled into the scrum and paired on the basis of opposite sex. Soon a large pair of female panties appeared — ritualistically, I surmised — and eventually it landed on the head of one of my friends.

This went on for 10-15 minutes, then just as abruptly as it began, the music stopped. So did the dancing. Smiling, the older folks returned to their tables to gather their belongings, and it was obvious that our time at Roman had concluded as well. The two groups made for their respective buses.

I’ll never forget what happened next. Quite a few of the senior citizens loitered near the doorway, and as we went past, they thanked us in variable shadings of English for visiting Belgium and enjoying “their” beer. What’s more, almost all of them appended heartfelt thanks for America’s help in getting their country back from the Nazis in World War II.

It was tremendously moving, and I’m unashamed to admit there were tears in my eyes as we climbed aboard the motor coach. I certainly wasn’t alone.

As I noted already, pints … and union.

Obviously, it’s difficult imagining a scene like this today, in the here and now. More than two decades on, it is now 76 years since war’s end. The conflagration is no longer an active memory, which is a contributing factor for the deterioration of the post-war world order as it has unfolded since Reaganism and the fall of the Berlin Wall. In 2021, the transition to something different strikes me as complete.

There’s always a precarious balance between tradition for the sake of tradition, and tradition from an imperative of merit. Societal change surely must come, but can the Roman brewery please (pretty please) stay intact, brewing a delicious variant of the East Flanders brown, and welcoming busloads of elderly natives and visiting Louisvillians alike?

An hour ago I sat down and started writing, and the preceding spilled out. I’ll be 58 tomorrow (in 2021, I’m 61), and the contents of my noggin seem to be caught between two perspectives: whether the genuinely important parts of my life have already occurred, or are yet to emerge.

I’m aware that nostalgia is in many ways a feeling of longing for the never-was, and the seeming simplicity of the past is a trick by the brain to relieve us from the burden of reliving the less appealing bits.

My hope is for this dichotomy between past and future to serve as dynamic tension, keeping my head in the game as the pub evolves. It’s never altogether clear, and this is why we simply have to keep moving. A few pints and some union sound appealing to me right about now.

Pints&union. The name wasn’t an accident.

To me, it’s a design for life. 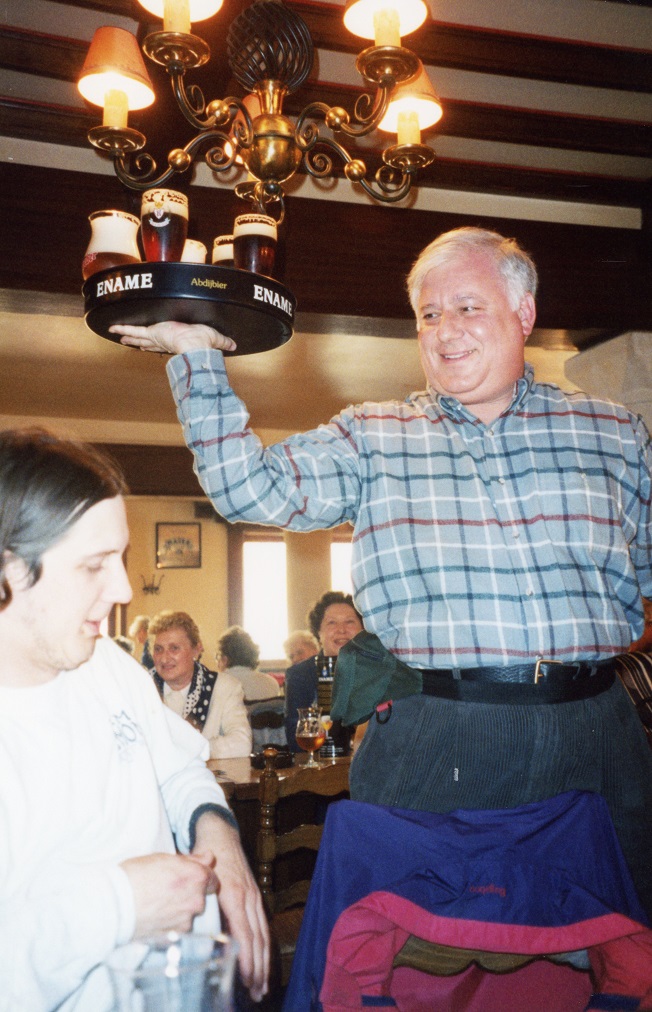 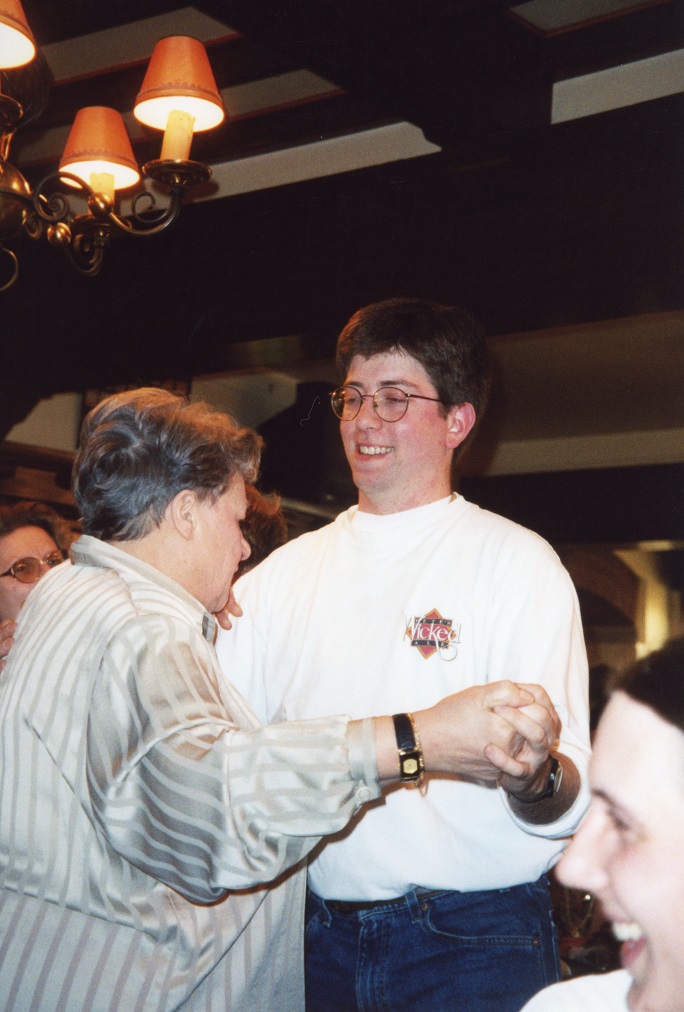 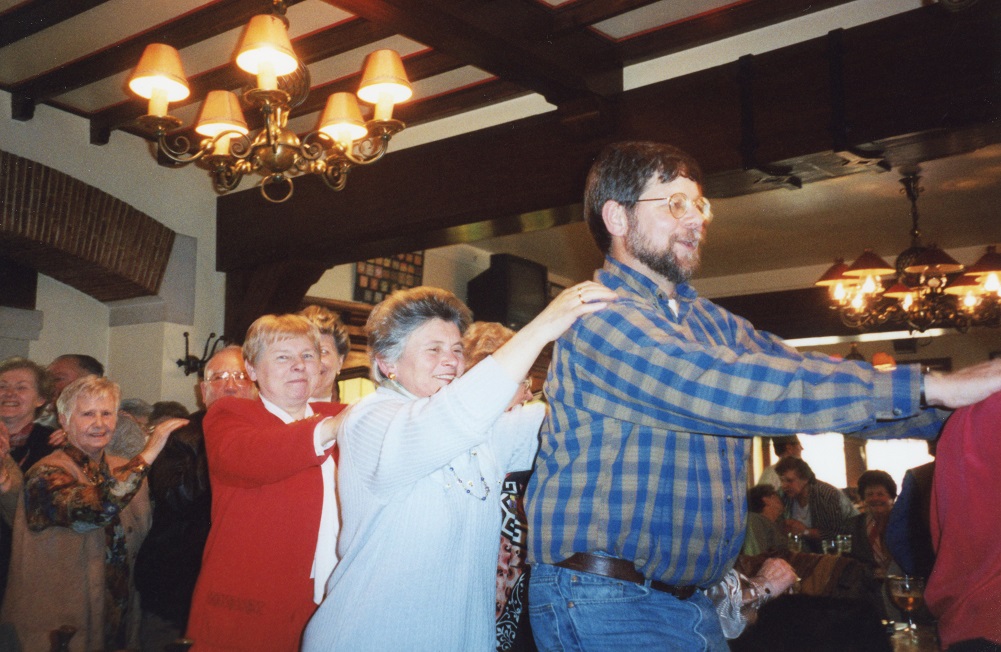 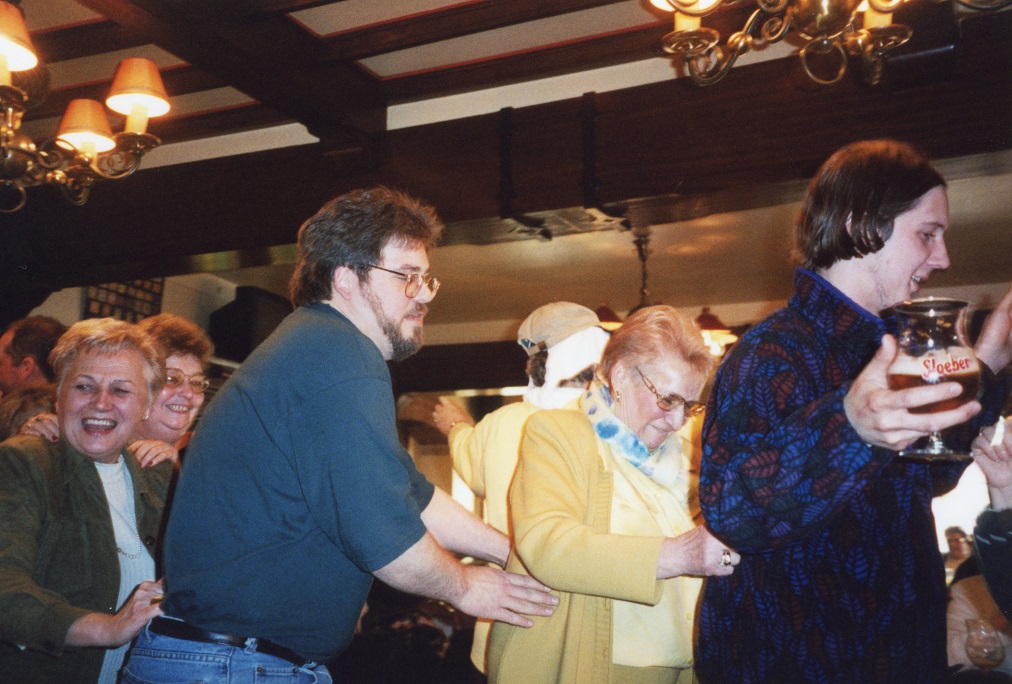 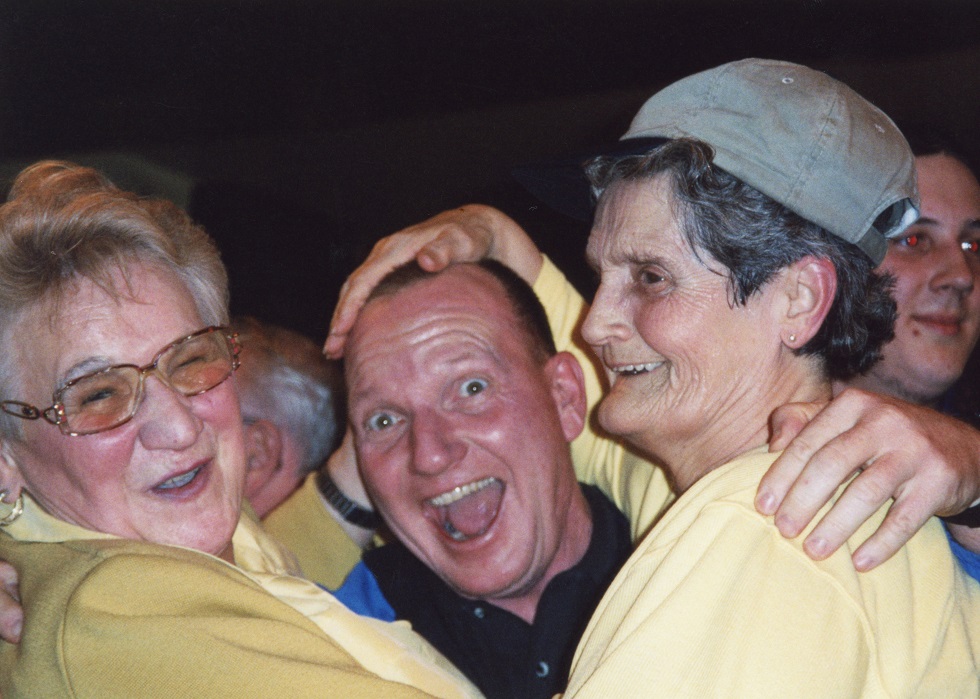 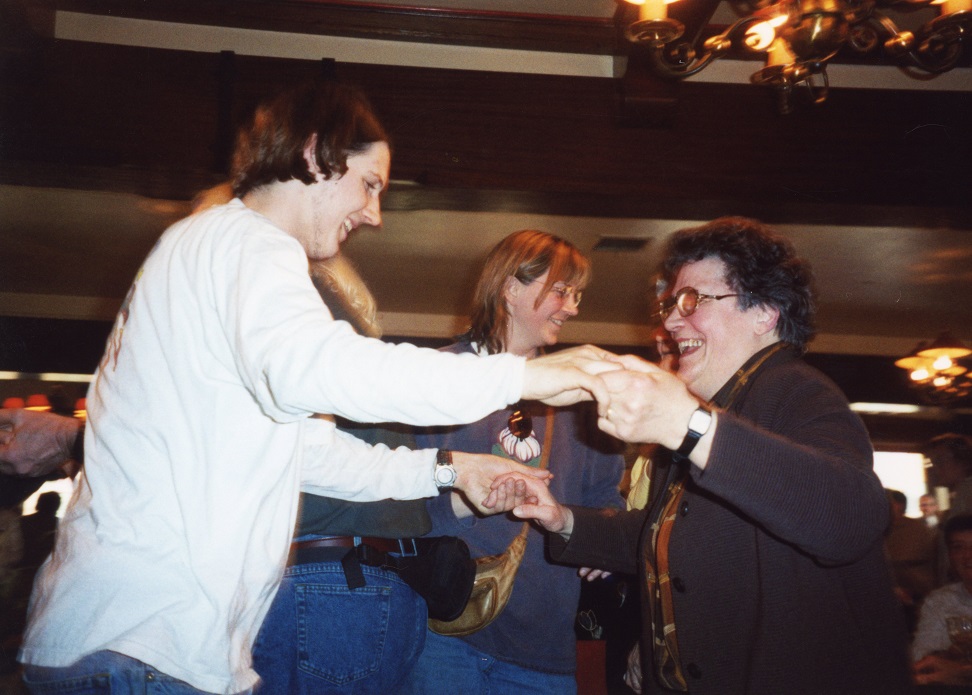 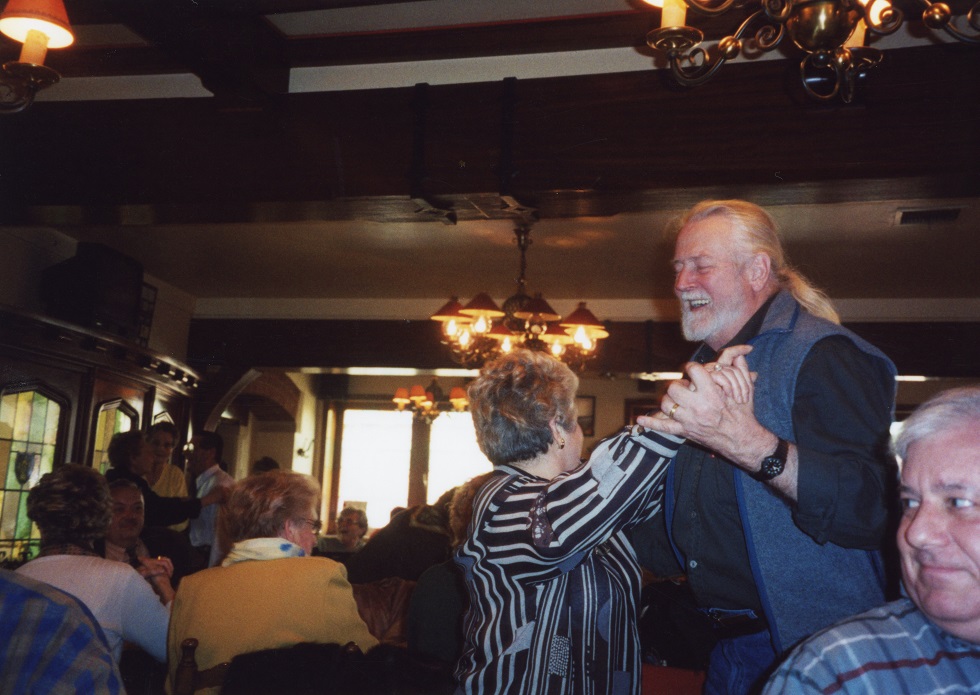 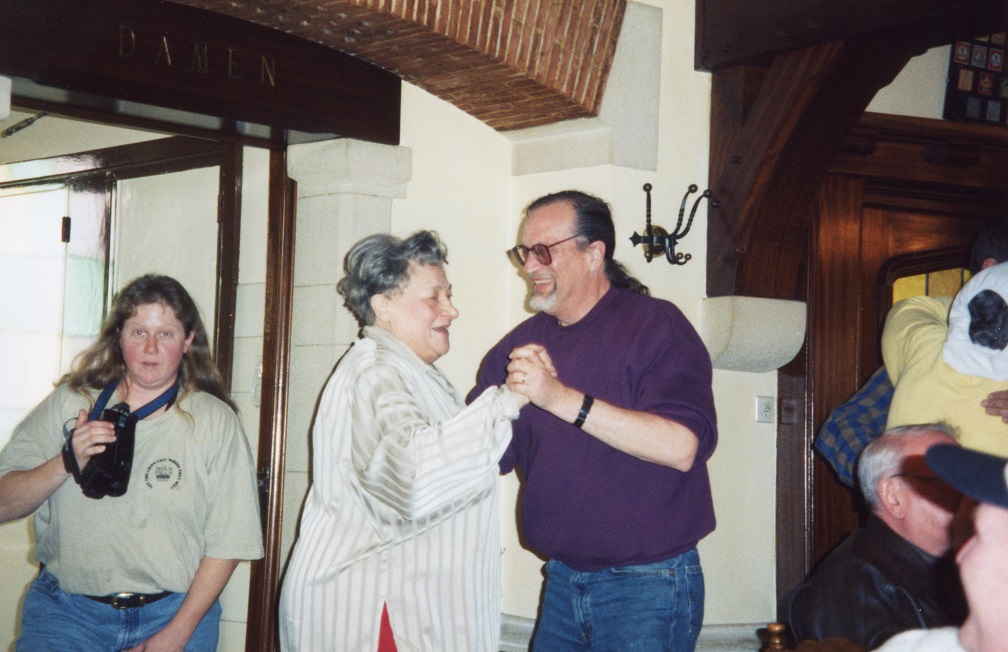