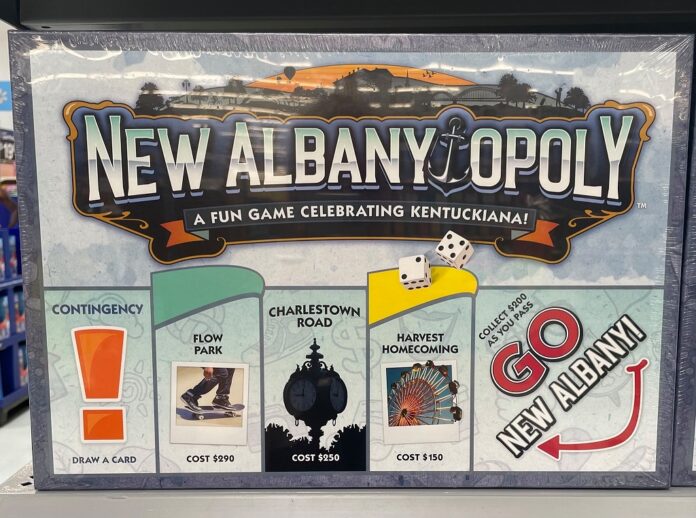 When people began posting photos of the New Albany-opoly game now appearing so very weirdly at Wal-Fart, my first thought was that finally, at long last, Councilman Caesar had cleaned out his garage and disposed of the booty financed by the Bicentennial Commission larder.

Although this theory doesn’t explain how the games arrived at the retailer. In a station wagon, maybe? At any rate, I started pondering the many ways Monopoly would be altered to make it Nawbany-centric.

Here are the top five.

5. It’s now “Go to Jail for Blocking the Streetsweeper.”

4. The four railroads have been replaced by contractors and engineering firms: HWC Engineering, Beam Longest Neff, Jacobi Toombs Lanz, and Clark Dietz. Control all four of these squares and you have veto rights over the city council (but no worries, because the Democratic Party members believe this is the way it already works).

3. Baltic Avenue has been swapped for Bono Road, and when you land on this square a public housing unit is demolished, gratis for the first unit, but you must pay extra for each additional demolition.

2. Luxury tax? In New Albany? The name of this square was altered to TIF Luxury Debt.

And, of course, the most important update of all.