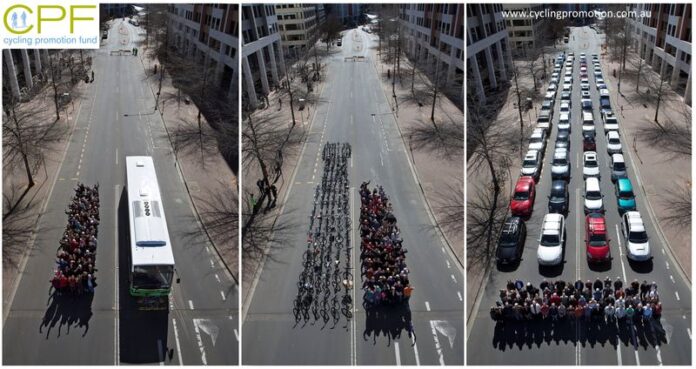 Just following up on that point I was making about the way an actual New Albany bicycling network inside the beltway, the rudiments of which were outlined brilliantly by Jeff Speck and rejected with contempt by our city fathers, could make a difference in terms of reducing automobile use (with positive outcomes).

If you begin from the standpoint that bicycles and human feet are for recreation alone, and simply must be confined to areas designated for such, then you’ll probably never grasp applicable principles of walkability and bikeability.

However, you WILL be eligible to serve in public office in Nawbany, where books are optional but beaks always get wetted.

Now I’ll wait for the inevitable explanations from the standpoint of New Albanian exceptionalism, in that any statistic I cite in reference to automobile supremacy cannot be true here, in this particular place, because … why, exactly?

Bikes and Scooters Could Replace a Lot of Car Trips in U.S. Cities

Walking and e-scooters can be good options for trips between a half and one mile long, while bikes are frequently used for trips between one and three miles long. The problem in most cities is that infrastructure is lacking because investments have favored car travel, making bike and scooter networks disconnected and potentially dangerous for people who would opt for these modes.

But if some of those short trips could be switched from cars to bikes or scooters, cities would benefit greatly. And not all drivers, or even very many, would need to switch. Past studies, including of the London congestion zone when it was first implemented, have shown that a small mode shift of four to five percent could cut congestion by as much as 25 percent.