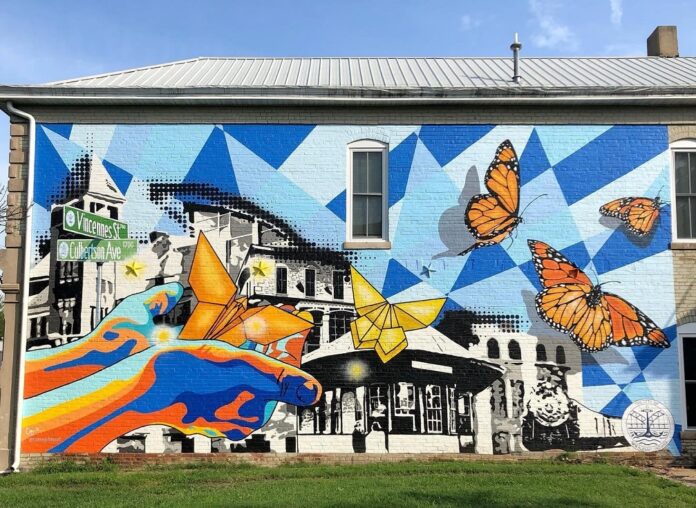 Can you name the Pope who commissioned Michelangelo to paint the Sistine Chapel?

Didn’t think so. I had to look it up: Julius II.

While I’m at it, do you remember the last time a college basketball fan paid top dollar for game tickets to watch a coach perform without players on the floor?

That’s right. It hasn’t happened yet.

Last week my city’s Main Street organization celebrated the completion of a building-sized mural by thanking the city for commissioning it, then not naming the artist until a reader asked in comments (the post was later edited, so credit them for that).

Then, at a merchant meeting yesterday hosted by the same organization, an economic development official of the city’s noted the new mural that “we” just did.

I’m not sure this pronoun means exactly what she thought it does.

“We,” as in the city, paid for the mural, apparently from grant money given to it for the purpose. That’s very good for City Hall, seeing as it’s about time the denizens therein learned a bit about art, at least apart from the Dogs Playing Poker print adorning the executive washroom. If it takes someone else’s money for them to get the memo after all these years, then I’m 100% in favor.

But “we,” as n the city, most assuredly did not do the work.

I embrace the labor theory of value, which recognizes the primary expression of any work as a reflection of who actually does it, hence there’s no charge for this reworded Main Street org tout: “Gorgeous mural by Carrie Johns, as commissioned by City of New Albany Government at Mickey’s in Uptown New Albany… can’t wait to see it in person!”

That’s all; just put the artist in front, because without the artist, all we’d have is stick figures.