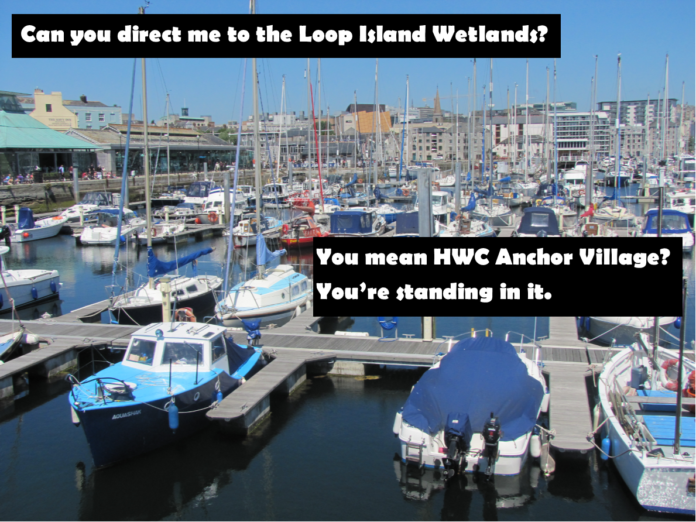 Local Democratic Party stalwarts continue to express puzzlement. Why do “their” city officials oppose the removal of an outmoded low-head dam on Silver Creek, and furthermore, why have these officials refused to cooperate in the realization of Origin Park, choosing instead to describe it, in the mayor’s own word, as “radical”?

As I’ve noted previously, there is no reason to be confused.

For instance, there’s the plain fact that while City Hall continues with legal efforts to thwart Origin Park’s planned “blueway” on Silver Creek, New Albany seeks to have its own kayak and canoe facility on the Nawbany shore. 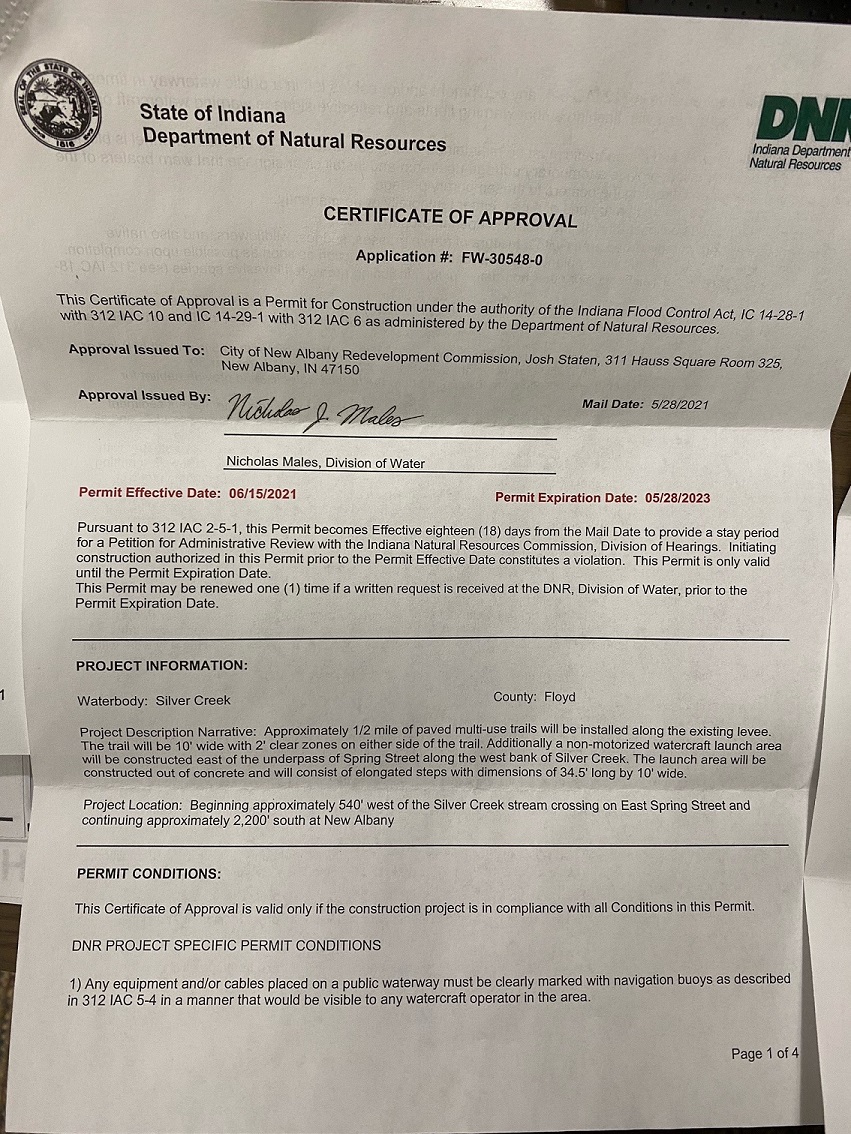 The low-head dam removal is science. New Albany’s response? Self-interest. As the permit application makes clear, all this grappling with Origin Park is little more than a pissing match. I realize that my description of it as such will cause anchor-clad gremlins to descend on me and mine, so I’ll simply ask: how can it be explained any other way?

I’m listening. Here’s a copy of the June letter sent by the city to neighborhood residents. Fanning the NIMBY flames? I won’t say. You can be the judge.

As for those residents expressing the view that City Hall eventually will “come to its senses,” as one person described it, I’d ask a final question: At any point since 2012, can you recall municipal government in New Albany admitting to a self-inflicted error, even once?