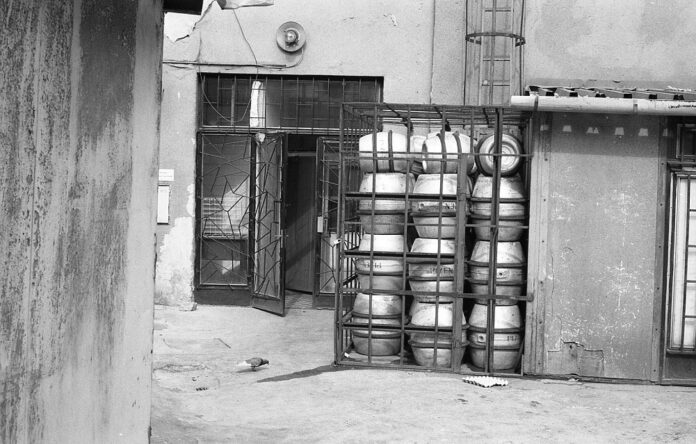 What about classism versus classicism? The words have very different meanings.

There was a time when I was knowingly, and even quite joyfully, a classist as the notion applies to beer. In fact, it was the basis for my career in beer. In the sense of social classes, my viewpoint held that mass-market beer drinkers were the willfully ignorant “clueless” class, suitable for abuse by those who had grasped higher “better beer” truth.

Recall the Miller Lite advertising tag in the early 1990s: “It’s IT and that’s THAT.”

My rejoinder: “It’s SHIT and that’s THAT,” and the FOSSILS homebrewing club even had buttons made as a form of provocation.

To be sure, I retain a great deal of raw contempt for mass-market beers (and hard seltzers, root beer and other juvenilia in libations), but at the same time it all seems a bit silly now. In my defense, the cascading abuse always was accompanied by unrelenting efforts to educate about beer for anyone inclined to pay attention.

A funny thing happened on the way to the quorum, because we “won” and the beer world was altered. Suddenly better beer was everywhere, in bars and barber shops, at barbecues and bar mitzvahs. In the beginning, it seemed that stylistic diversity would be the reward for the diligent efforts of the beer pioneers, except then I awoke one morning to find the world hadn’t changed quite to my liking. In fact, an old pattern began repeating itself.

Now everyone knew about good beer, although only for so long as the libation in question referred to itself as an IPA (later, sours and pastry stouts also dialed the cliché). Other styles and traditions were completely abandoned by the attention-deficit-impelled New Wave. To be sure, beer consciousness became exponentially wider than before, but at the expense of depth; a mile wide, and a centimeter deep.

It was back to the drawing board. Being a contrarian by nature, as well as benefiting from long years of practice, this implied both refit and rethink. I emerged from the skull session as a proud beer classicist.

Toward this end, and for my present purposes, “classicism” suggests a preponderance of the fifth definition, “classical scholarship or learning.” In short, it’s back to beer basics and familiarity with all the styles, not just two or three. The fundamental things apply, as time goes by.

Everything I’m trying to do with the beer program at Pints&union is centered on a classicist approach to beer, emphasizing long-held values while not excluding the new, but contextualizing the past 30-odd years within the framework of classicism. As an examples, Pilsner Urquell, Guinness, Fuller’s and Paulaner Hefe-Weizen on tap, all the time. They’re unimpeachable Euro-classics.

At the same time, we’re back to selling a keg a week of Bell’s Two Hearted. It’s an American-style IPA, which implies New Wave in beer-think, but actually originated two decades ago, at the inception of the IPA upsurge. There is a balance and an elegance to Bell’s Two Hearted borne of care and experience. It is a classicist’s IPA.

And yes, Pints&union has mass-market beer, too. On that particular front, it was a case of me getting over myself, and I’ve succeeded … well, most of the time. Mass-market beers have been whittled down to seven or eight consistent sellers. Most importantly, they’re stocked in cans and bottles, and do not take up valuable draft slots. Thematically, mass-market beers are not a tail wagging the dog. I can live with that.

I’ve highlighted the closing sentences of this coda, which specifically address music. However, the universality should be evident.

Many enjoy classical concerts, and for many different reasons. For veteran subscribers, those reasons will often be a combination of social and professional, as well as inspirational. But it is the rarity of the occasion of classical events that give us the feelings of ease, elegance, thoughtful study, even moral purpose and clarity. People dress up, are especially civil, and expect to experience some of humanity’s highest artistic achievements. Some enjoy that we can all feel classy together; enjoying a lifestyle we can’t afford. Symphony Hall and the Opera House will do that, but this has more to do with a classicism that says everyone deserves beauty, and must not be mistaken for classism that says only the cogniscenti deserve beauty. The former can unite us all, while the class warfare of the latter divides us.