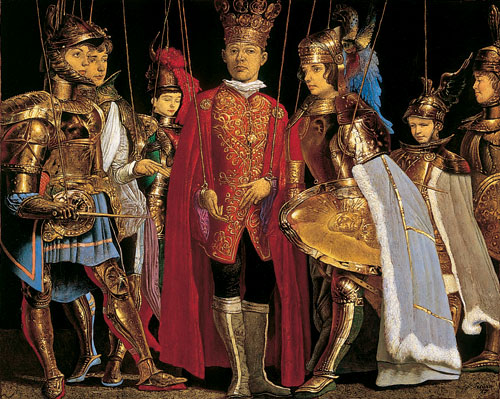 When the following article appeared in 2017, all of the talk in America was about building walls. Characteristically The Magnificent Trumpolini never understood that it’s far more interesting what can happen when you pull walls down.

German Bilderstreit reloaded: Another look at East German art, by Prospero (The Economist)

While an exhibition of East German art attracts crowds, German commentators are still arguing about the value of communist-era art

NOVEMBER 9TH marked the 28th anniversary of the fall of the Berlin Wall, meaning that Germany has nearly been without the wall as long as it was with it. But disparities between East and West remain, particularly in terms of wages, business clout and political power. According to a recent poll, 74% of East Germans and 53% of West Germans say that the differences between them are “big” or “very big”. The “wall in the mind” still makes many former East Germans feel like second-class citizens, their achievements unacknowledged in the united country.

This is true of East German art as well. All too often dismissed as propagandistic “state art”, thousands of paintings, sculptures, prints and other artworks were removed from public buildings in the East after the wall fell. Museums left them to fester in their storage facilities. National exhibitions of German modern art have often excluded these artworks, or hung them without chronological or thematic context.

Critics say that this shows a lack of regard for the historical, political, social and artistic conditions in which artists in the German Democratic Republic (GDR) lived and worked. In an essay from 2015, Eckhart Gillen, an art historian from West Germany with particular expertise in art from the East, discussed the controversy, known as the German Bilderstreit. He called it a “pseudo-debate, a substitute for a real political debate in Germany” that never took place. It began as a dispute between painters who had left the GDR in the early 1950s, such as Georg Baselitz, Gotthard Graubner and Gerhard Richter, and those who stayed, like Bernhard Heisig, Wolfgang Mattheuer, Werner Tübke (all members of the Leipzig School) and Willy Sitte. Those in the West were protesting not just against their Eastern colleagues’ “subservience to the state, but against the fact that they painted the wrong kind of pictures,” Mr Gillen states. It was the competition between abstract and figurative painting, Western liberalism and socialist realism.

As the renegade singer Dean “Red Elvis” Read probably never sang, “we have all been here before.” For me, as personal remembrances pertains to East German art, the pivotal name is Werner Tübke (1929-2004), and an exhibition of his art I glimpsed during GDR times. The funny part? For decades I retained mental snapshots of certain Tübke works, but I couldn’t remember the artist’s name.

Eventually it came to me. I’m possessed by weird flashbacks to my heavy travel years, past the oft-repeated drinking anecdotes to the dislodging of sheer, otherwise forgotten esoterica: Street food in Skopje, a “free” Bergen piano recital that wasn’t, or the Irish woman’s insistence that my voice reminded her of John Wayne’s.

Obviously it wasn’t the enormous building-sized panorama of the German peasants’ war for which the artist was best known (and took 11 years to complete). Here’s an excerpt.

Memories are hazy, and beer quite well may have played a role. I just remember being impressed and wanting to buy the exhibition poster, of which none were on sale.

Nonetheless, somewhere in a stack of banker’s boxes, there may be a physical remnant of this viewing. I saved much forensic evidence of my travels, from ticket stubs and meal receipts to bottle caps and cigar wrappers, imagining that examining the flotsam and jetsam would bolster my recall in the years to come. For this to be the case, I’d actually have to sift through it, but doing so might place an unwelcome spotlight on a quarter-century’s time elapsed.

Like sleeping dogs, the prompters mostly are left to lie. It’s better to rely on the accumulated weight of the experiences, and the way they changed me.

… Debate about East German art has suffered from misperceptions for many years. At the time of the country’s division, East German artists were often perceived as representatives of “their” government. This was confirmed by Documenta 6 in 1977, when works by the so-called Leipziger Viererbande (Leipzig gang of four)— Bernhard Heisig, Wolfgang Mattheuer, Willi Sitte and Werner Tübke—made their first appearance in the West and became, in the minds of curators and critics, representative of GDR art. 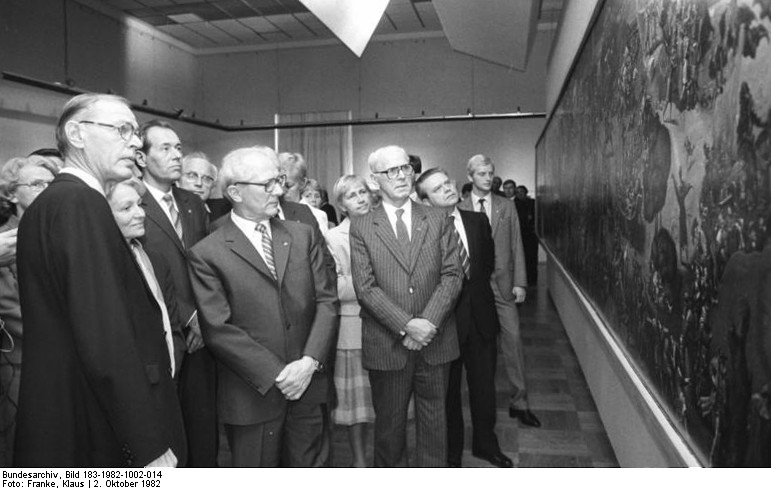