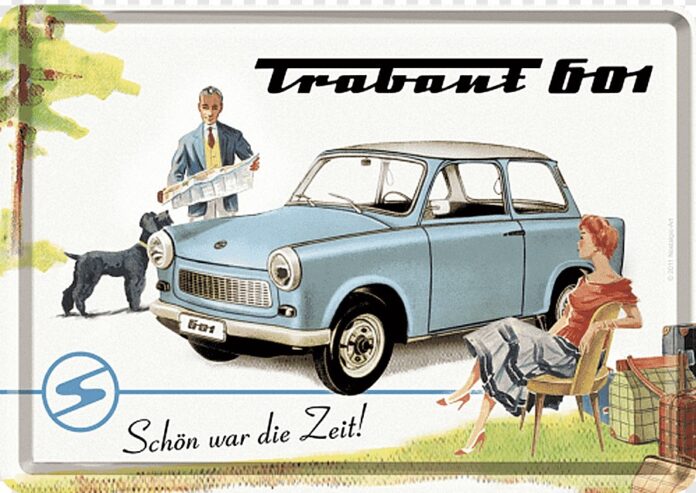 I never cared very much for automobiles in the sense of stylishness. Growing up in a transitional zone between rural and suburban, I understood the need for a car. But driving was not a pleasure, and still isn’t. For a while in grade school, I feigned an interest in automobiles. It helped a shy kid fit in, at least for a while, although my heart wasn’t in it.

Some friends felt differently. One of them was Ralph (not his real name). Ralph had the fever early, and began working after school as soon as he was allowed, in order to save for a sporty Camaro, which he acquired brand new just after getting his driver’s license — with the help of his father, who co-signed the loan.

Make no mistake; Ralph was a perfect, dutiful car owner, doting on it constantly, and never missing a payment. Ralph’s automotive judgement was questionable just once, on a lovely late summer’s evening when he was dared to take a step up NOT by using his car to sod a grassy lawn (spinning out on the grass), but rather by tackling the more challenging endeavor of sodding a cornfield.

It didn’t work out so well. Damage was minimal…to the cornfield.

My favorite brand of car was any of them, so long as it started when the key was inserted, and got me to where I needed to go in the complete absence of public transportation. Automobile ownership was, and remains, a monumental pain in the ass — and more importantly, in the pocketbook.

I’ve been to Europe on 40 pleasure trips since 1985, and traveled thousands of miles. I’d say 95% of this moving about has come via trains, buses, boats, bicycles and my own two feet. Freedom comes with choices, not automobile supremacy.

And yet there was a time when I finally saw a car that I had to have. Unfortunately, it has not come to pass. This car, of course, was a Trabant. Here, at last, was an automobile that suited my own warped tastes. Had I possessed the resources in 1990 to ship discarded Trabants and statues of VI Lenin home to Indiana, you can bet I’d have tried.

The Trabant was to the East what the VW Beetle was to the West – a vehicle for the masses. It was cheap to produce, with an outer body made of hard plastic. The car’s moment in the spotlight came with the fall of the Berlin wall, as citizens of the DDR spilled over the newly open East-West border in their “Trabis.” There are still some 33,000 Trabants roaming the streets of Germany today.

East Germany’s infamous Trabant was a cuddly bundle of rough-hewn metal and socialist asbestos powered by the equivalent of a two-stroke lawn mower engine, for which creative types could fashion replacement parts from discarded tin foil and baling twine in the absence of auto care superstores. 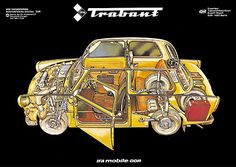 Lest we forget, Reagan asked Mikhail Gorbachev to tear down the Berlin Wall, but it was opportunistic Ossies piloting their Trabants across the porous Hungarian border in the summer of 1989 that finally did the trick.

As the Common Haus project in Jeffersonville progresses, there are days when I’ll be able to ride my bicycle. There may be a TARC route to get close by bus. I started an account and loaded it with prepaid rides in early 2020; they remain usable, but I’m not sure I can get there from here (and back).

It’d be nice to have a Common Haus pace car, and for it to be a Trabbie. It won’t happen, and yet, a boy can dream.