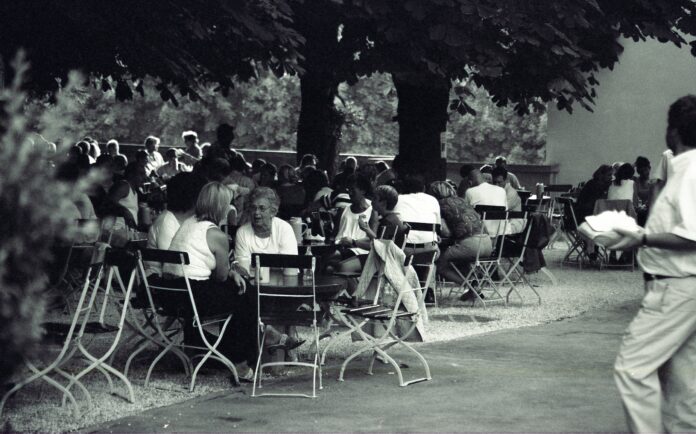 There has been big news this week.

Yesterday I had thoughts about beer.

Today, a personal message, because I try my best to keep things above board, to further the dialogue, and to promote square deals.

Let’s have a heart-to-heart chat.

Pints&union opened in 2018, and at the time, there were a few foundational misconceptions with regard to my involvement, so let’s nip ’em in the bud (not the Bud, heavens no) this time around with Common Haus.

My longtime friend Joe Phillips and his family own Pints&union, and they’ll also be the owners of Common Haus, coming soon in Jeffersonville. If Joe has other business partners or investors, that’s his choice because it’s his business.

I’m not one of them. Joe employs me; I work for him.

Of course for this I am grateful, as I never knew whether there’d be a third act in the beer biz for me. At Pints, we’ve flipped the beer paradigm by concentrating on classic comfort beers and rejecting the tilt-a-whirl approach. This approach will be even more pronounced at Common Haus. Consequently, it needs to be understood that this is a team approach, and I am not in any sense the owner of this team.

Obviously, I have a substantial personal interest in the ultimate success of Joe’s enterprises, but I have no financial interest in them except apart from being paid as an employee. Think of me as the rhythm guitarist and backing vocalist. I sing a number here and there, maybe, and make suggestions in the studio.

My role working for Joe is specific: I handle the beer at Pints&union, and will do the same at Common Haus. My job is to fit the beer into the overall concept, to promote the beer, and to be accountable for the beer. Profits come from beer, and thus my salary is paid. It isn’t rocket science.

After all, beer programs like these are what I’m best at doing, and damn well should be after nearly 40 years in the beer biz, many but not all of them as an owner. Yet I’m still learning every single day, and so it will be at Common Haus.

That’s about all there is to say, and I’m saying this now because it’s important to be clear about such matters.

Three years ago, a willful misreading of reality on the part of just a few people in New Albany who apparently were intent on hurting ME resulted in a great deal of unnecessary pain being inflicted instead on Joe and HIS pub. It was petty and senseless, but sadly, not entirely unexpected.

Look, I’m an adult, and I grasp the fact that not everyone “likes” me. Live by the sword; well, you know.

However it’s ridiculous to take out one’s animosity on someone else who is NOT me, who has invested his time, effort and life savings in bringing a fine project to fruition, the success of which makes New Albany look good as a whole in terms of “quality of life,” as well as providing jobs and bringing money into the community.

Not to mention Joe’s amazing volunteer work with The LEE Initiative and others during the worst of the pandemic last year. Joe was like a fireman running toward danger, which reflected his core values. For the remainder of my life I’ll recall Joe’s gutsy response to a crisis, amid the blathering of science deniers who kept repeating a chorus of ME ME ME.

Joe should be getting awards for his toil, not ducking rotten fruit tossed at Roger.

Alas, it seems that John Mellencamp’s musical paean to small towns may have left out some of the less savory aspects of life in places like this, and yet life goes on, long after — you know the rest.

I’m delighted to answer them. Ask me right here, and I’ll answer right here. Post your graffiti right here, not on the bathroom wall, where time is wasted scrubbing it off.

Speaking for myself and myself alone, the prospect of spending working hours in Jeffersonville in addition to New Albany sounds like great fun. It’s a new challenge for a rhythm guitarist in an exciting, growing area.

Thank you for your support.