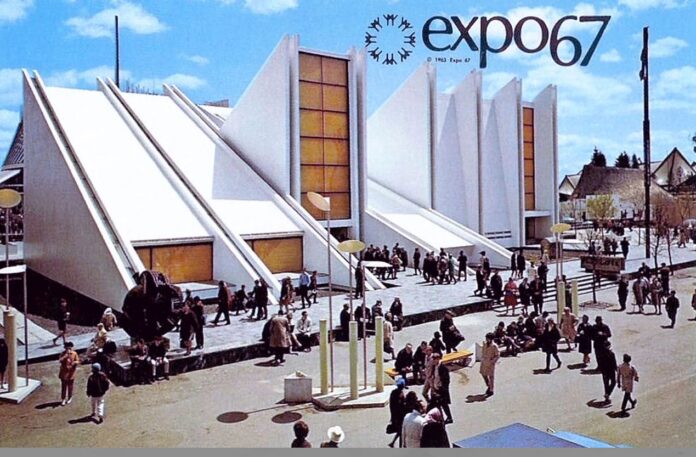 In 1987 for the first and only time, my European tour itinerary included Yugoslavia. It was fascinating for all the usual reasons, and at some point the narrative will be assembled coherently here at the new web site.

One strange memory from Yugoslavia floated for decades in the shadowy crevasses of my memory, as photographed during a rest stop on the bus journey from Dubrovnik to Belgrade. 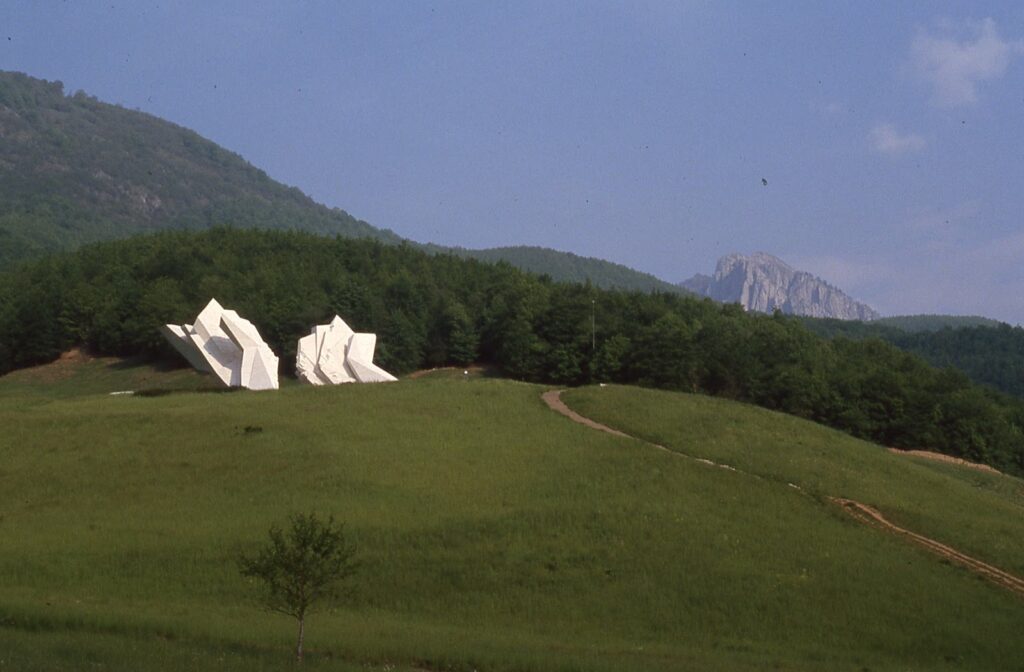 A few years ago I finally learned that this sculpture is called the Tjentište War Memorial, an example of a spomenik (the Serbo-Croation and Slovenian word for “monument”), which might be simply defined as a certain type of post-WWII memorial erected in Yugoslavia.

Of course it’s always more complicated than simple, so go here and achieve quick orientation: “What are ‘spomeniks‘”?

This introduction is at Donald Niebyl’s web site; think of him as the Rick Steves of spomeniks. Niebyl also goes deep with respect to architecture during the Yugoslav period, as with my recent post and link: “An absolute fascination with “The 15 Tallest Skyscrapers of Yugoslavia.”

These preludes lead to “The History of Yugoslavia’s Pavilion at Montreal’s 1967 World EXPO,” a recent posting by Niebyl, which tells the story of how the pavilion came to be and what happened to it after Expo ’67 concluded.

The pavilion has greatly transcended its original intention, adopting an unexpected history that survives on and endures up to the present day, making it an unquestionably unique relic in the history of Yugoslav architecture.

This tale is a wonderful read, and I highly recommend it.