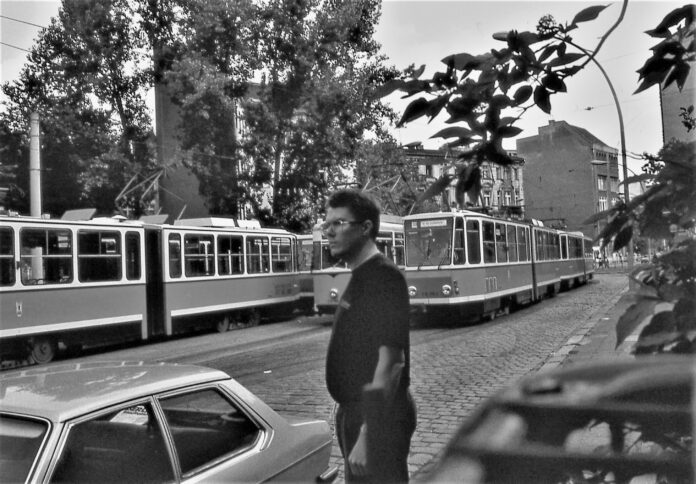 This one was written in 2009 and revised in 2014. It hasn’t appeared anywhere since, which makes it ripe for a rerun. The biggest change? I’m no longer optimistic about Nawbany’s chances to improve, and if given a realistic chance of leaving, we probably would. The article has been lightly edited.

Once upon a time at Facebook, I asked a serious question.

Why is it even necessary for the United States to be the “greatest” country? Break into factions and discuss.

This we did, and it was spirited. My closing comment is brief statement of my own principle.

Someone always has to say “love it or leave it.” I’d rather stay and help render (America) more lovable and more in keeping with the unfulfilled promise, if for no other reason than to prove that old white males need not be angry quasi-fascist reactionaries. But to bring it full circle: “Greatest” about anything strikes me as unnecessary. I consider myself to be a citizen of the planet first, an American second. The planet’s natural realities are the binding. We start small: A two-way street in front of my house. That really would be the greatest thing.

The exchange brought to mind one of my very first columns for the pre-merger Tribune (February 5, 2009), which at the time generated a surprising degree of rancor. It went as far as my being denounced by a friend, who evidently wasn’t, as he subsequently refused to patronize the pub in protest.

He returned, but that’s not the real issue. I never dogged him for it, because if there’s any one thing I’ve skilled at doing, it’s being patient and waiting for the right time.

Five years after this essay appeared in the newspaper, I stand by it — and at the same time, I want to remain right here, in New Albany, doing what I can at the grassroots level to make this a better place to live on a daily basis. It’s about every day, not every now and then.

BEER MONEY: Out and about.

But the whole point of liberation is that you get out. Restructure your life. Act by yourself.
— Jane Fonda

Shouldn’t the act of writing be as personal as it ever gets, especially if the results are intended for public, not private, consumption?

Shouldn’t one’s own words be inextricably linked to one’s own identity, with the writer endeavoring to honestly address matters like self-realization, personal liberation, and all those little acts of defiance, mourning and acceptance that go together to make a life?

Certainly this was the general condition for much of human history prior to the electronic immediacy of modern times. Either a person was literate, retaining at least the possibility of leaving a tangible record of existence for posterity, or he wasn’t, in which case a life passed unnoticed — unless one was part of the tiny minority deemed suitable subjects for biographical renderings.

In those earlier times, when something of significance needed to be said, those few who were literate were expected to compose manifestos, polemics, confessionals and apologetics. Just like Martin Luther’s famous tract, these were intended to be nailed both literally and figuratively to the cathedral door for all to see.

In the current age of ephemeral solipsism, you needn’t know any more than the method of posting a self-made YouTube video, then sit back to count the hits as they mount through e-links, and finally calculate the extent of your newfound (and short-lived) notoriety.

It just isn’t the same.

These themes of personal freedom and written expression today compel me to broach a difficult topic, and yet it seems to me the right time to tackle it: Who am I as an individual, where did I come from, and where am I going?

For me, the one achievement reasonably attainable in my lifetime is self-knowledge. Random serendipity deposited me here, and I was issued one non-renewable life with second chances rarely, if ever, permitted. There is so very much of life that cannot be controlled, time is short, and as an atheist, I don’t look elsewhere for answers. But each of us spends every single moment of our lives inhabiting our own bodies, so doesn’t it make sense to come to terms with who we really are?

I can’t remember when it first occurred to me that I was different from the others.

There was neither a singular epiphany nor an earth-shattering revelation, only a dawning recognition that my attractions and desires were directed toward other places than those taken for granted as “normal.”

For almost a quarter of a century, I’ve known the truth. The immensity of it overwhelmed me, and the implications usually blinded me to the realities of my situation. I kept going both directions, there and back and forth, never willing to admit that my orientation might be other than that considered typical for a male of my upbringing in a small Southern Indiana town and in a conservative, traditional society.

As a youth I wanted nothing more than to be like my friends, and after all, in those days we were not readily exposed to alternative lifestyles as part of our formative educational experiences. One might by chance read about such matters in books and see the issues skirted on television, but here? It really was the sort of thing that seldom spoke its name aloud.

I was tormented by the usual doubts and questions. Was it nature or nurture? Had I done something wrong? Was I being punished? Did I have control over my real feelings and possess the ability to change them, or were they hard-wired and non-negotiable?

After much soul searching and heartfelt discussions with loved ones, dear friends, longtime customers, local politicians, cherished teachers, and even that pleasant fellow in White Castle the other day whose name I can’t remember, I’ve come to a momentous decision, and I’m able finally to reveal it to you, my faithful readers, and to the world.

There, I’ve said it. European. Not American.

I should be riding on bicycles or affordable public transportation through thoughtfully planned, human-scale communities to important soccer matches, and then vacationing in Madagascar or Bali or Cuba.

I might be drinking Belgian ale, Greek ouzo and Spanish wine from the appellations of their origins, and gratefully choosing between many more than just two political parties, among them one that actually reflects my own belief system.

I could be enjoying competent, universal, cradle-to-grave health care and never having to worry about the harmful encroachment of a fundamentalist Christian theocracy, with religion restricted to debating the architectural merits of charming church buildings in Rome and Kiev.

I would be refusing to own a firearm, seeing that the crime rate is low and I needn’t affix my status as genuine citizen and “real man” on gunshot cadences … speaking a full half-dozen languages fluently … and understanding that my tax burden, while high, is being distributed to the benefit of my community as a whole, which benefits me as an individual.

Surely the delivery error can be rectified with a revised document of authenticity.

Anyone seen that damned negligent stork?