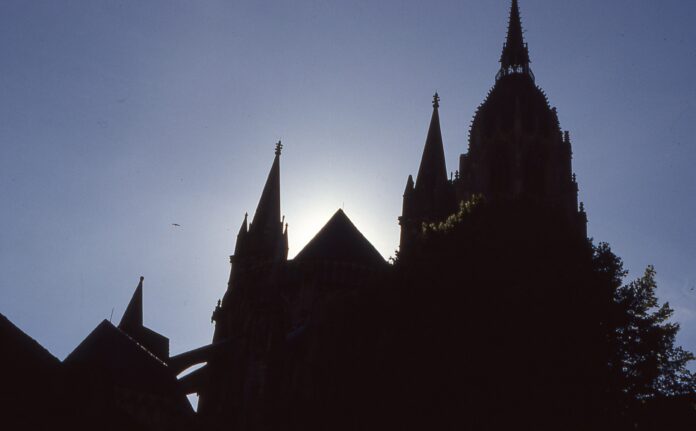 ON THE AVENUES is the name of my longtime column at the former NA Confidential. It makes the passage to Exile on Spring Street. This one’s from August 29, 2019; very lightly revised.

Long ago I humbly accepted the existence of a redemptive force in my daily life.

It’s called the “music gene,” and I seem to possess it — or, maybe it possesses me. Unfortunately when the music gene was downloaded it came to me incomplete, and I’m absent commensurate musical ability of any identifiable sort.

Even so, music has spoken to me from the beginning, and as long as my hearing holds out, we’re good. Had my formative years been spent with musicians as role models rather than athletes, perhaps it all would have turned out differently. As it stands, I’ve no complaints.

The innate pleasure to be derived from listening to music is more of an essential heartbeat than an optional amusement, and I can’t imagine life otherwise. If the music in my head ever stops playing, it will be the unmistakable sign of imminent death — and as all atheists know, death is a symphony without encores.

It’s been almost four years since the forever foundering News and Tribune doubled its column slots for religious advocacy, from one to two – or, approximately two times as many as needed.

In vain, I’ve asked: What about an “equal time for pagans” slot? Even better, perhaps the long overdue humanist food and cookery column, as suggested by the estimable Goliath.

Guys, I’m tanned, rested and ready — and unlike Nancy Kennedy, I actually reside here. Each week, I’d begin by refuting a theist’s fallacy, end by pelting an effigy of Ken Ham with rotten fruit, and fill the space in between with tips on how to make the perfect fried chicken sandwich out of leftover school paste.

But no. We get the same uninspiring inspirational tracts, week in and week out. Management remains AWOL, and it was left to a reporter (now departed to greener any journalistic pastures) to attempt this explanation:

“A large portion of our readers are Christian. If you have specific questions or complaints, I would advise you contact our editors via email.”

This argument from majority rule is drearily predictable, and fallacious. In terms of catering content to pre-existing readership preferences, surely a majority of the newspaper’s steadily dwindling readership base utilize their filthy kitchen microwaves far more often than a featured Lynx Sedona 42-Inch Built-In Natural Gas Grill With One Infrared ProSear Burner And Rotisserie L700PSR, now only $3,399 at BBQGuys.com … and yet there’s been an informative regular barbecuing column for a decade or more.

A majority of the newspaper’s readers don’t hunt, fish and trap, preferring their vistas of the great outdoors to come through a handy window somewhere in the vicinity of their incessant televisions … and yet for a while in 2019 there was a column about efficient creature-stalking.

As an aside, publisher Bill Hanson might be interested in knowing that “pantheists” believe god is to be found in nature, a position with no room for Jesus’ teachings, and a stance antithetical to Hanson’s yearning to transform his inexorably fading newspaper into a vehicle for a particular Christian sect’s proselytizing.

Verily, as for sports, I enjoy vigorously rebutting proselytizers even as I remind them to #getoffmyporch, using a lighted cigar for pointed emphasis, and the garden hose if necessary.

It’s a shame we can’t have this newspaper failure dialogue publicly; alas, not unlike Jeff Gahan, Hanson is hesitant to share his reasoning with wild-eyed heretics like me (for Hanson, “heretic” is defined as a non-subscriber; for Gahan, it’s a non-donor). You’d think Sweet William and I could develop an invigorating “Saintly Christian versus Ghastly Atheist” point-counterpoint shtick, twice monthly.

Meanwhile, for atheists like me, the calendar pages may turn, but irrationality rarely changes. It remains the norm that theists respond with annoyance (or worse) whenever an atheist has the unmitigated gall to come out of the closet and seek even the slightest measure of equality in discourse.

That’s just a bit hypocritical, and rather snowflakey as well. Think of every religious adherent who ever came knocking at your door while you were busy eating, drinking, sleeping or fornicating in the privacy of your own damn house.

Think of the transformative zeal of generations of ravenous Christians, traveling overseas for the sanctified purpose of subduing decadent native cultures, and conveniently spreading toxic Western diseases even as they blamed the dying natives for falling sick, urging them to immediately find God as the necessary cure just prior to the sacrificial massacre to follow.

Think of how so much of the history of organized western religion is one of evangelical outreach, and by its very nature, how evangelism is invasive and intrusive with regard to the physical and intellectual space of non-believers.

Not only that, but in the ever widening search for market share, think about evangelists from one coin-flip of a sect freely targeting for abuse those who ascribe to differing versions of ostensibly the very same supernatural source.

You’d think that believing in any God would do, and yet it’s never enough for them, is it?

Either way, if an atheist dares to attempt an explanation of why he or she doesn’t accept any of it, out comes the fear-mongering rhetoric.

Granted, I spent many years evangelizing for good beer, although it isn’t like I’ve ever gone door to door creating a public nuisance. By extension, not once have I positioned myself at the entrance of a Christian church on Sunday morning in protest against the worship therein, or flashed an A’s baseball club pennant at a devout John 3:16-er busily lofting signs at a ballgame.

Never have I sneaked up into the cathedral balcony and menacingly waved my portrait of Bertrand Russell at the minister, demanding that he repent from sin — or whatever Nancy Kennedy and Tom May insist on calling this nonsensical concept.

That’s why, in the final reckoning, it would be somewhat hard to write an “atheism column,” because atheists are rationalists, offering no positive claims with respect to knowledge derived from outside the realm of human experience and perception. We’ve got nothing to sell, and that’s the whole point.

In the absence of verifiable evidence, atheism is a negation. It is the theist who is obliged to prove that God exists — not the other way around. Perhaps it’s true that some atheists go a step further and proselytize in the manner of the religionist, but the percentage remains quite small.

During the past two thousand years, far more people have been asked to convert to religion at the point of a bayonet, routinely dying as a result of their refusal, than have been forcibly “converted” to atheism, all known variants of “communism” notwithstanding.

In my experience, atheists generally just want to be left alone, and prefer that religious belief remain a matter of private conscience, and not a public policy lever.

They respect a separation of church and state precisely because history makes it abundantly clear against whom this public policy stick typically is wielded, generally resulting in a sad continuation of the war, violence and strife accompanying organized religion throughout human history.

It’s too bad, albeit perfectly in keeping with past practices, that Hanson isn’t interested in his readers hearing another side of the story. It’s a shame he doesn’t grasp the interests of the smaller segment whose viewpoints differ from his own. Has he considered them, even once?

And exactly how does he know the exact religious fetishes of his dwindling band of subscribers? Atheists pay, too. Shouldn’t their needs be considered?

Here’s the gospel truth: The $30 George Foreman Grill in our kitchen does a damned fine job, and the $3,369 we saved by rejecting the outdoor Manly Man Model Char-Master is more than enough to enjoy a nice, humanistic European holiday.

Once upon a time during a tavern chat, I was asked if I could identify the source of my atheism. Was I rebelling against the religion of my parents?

No. While my childhood was not without general religious assumptions and a nebulous, largely unexamined “faith in something bigger” approach to talking points, there were no onerous obligations or regimented teachings, and overall, both my parents were remarkably open and tolerant.

If rebellion were the only goal, I’d have likely become a fundamentalist owing to the complete absence of instruction. Echoing the music gene, and adding to it my belief that mankind concocts religion to assuage its recognition and fear of death, maybe what I lack is the God gene, a predisposition toward accepting one or more versions of a deity.

I’m only guessing, since I’ve no experience with such a state of consciousness.

In all honestly, I cannot remember a time in my life when such a concept as God seemed plausible to me. Rather, it seemed mythological, a phenomenon best placed on dusty outmoded shelves beside ancient Greek small-case gods, Mayan rituals and Norse sagas.

Only later, in university, did I learn there was a name for the God gene’s absence: Atheism. It was the ultimate in revelations, for it was revealed to me that others felt the same way, and could explain their non-belief rationally. I needn’t embrace the palpably untrue, after all.

A musician like J. S. Bach certainly thought his considerable musical skills were gifts from God, intended to glorify and exalt Him. The simplistic vision of angels cleverly arranged on cloud banks, deploying a phalanx of harps to while away eternity, surely derives from this idea of music intertwined with holiness.

It doesn’t resonate with me. Music may well “have” its own gene, but its manifestation in a tangible, real world is a human construct. When liturgical music strikes a tuneful “holy” chord, it’s because of the meanings we’ve been taught to read into it, not a deity’s intervention in the composition.

Of course, if given the chance to choreograph my final departure, Samuel Barber’s “Adagio for Strings” would be a fine choice for greeting eternity. The music would play through, then end, and on the very next beat so would I. There would be the final silence, and life would continue without me.

Although on second thought the concluding power chord of The Who’s “Won’t Get Fooled Again” would work just as well. It makes no difference.

After all, I won’t be around to feel it.