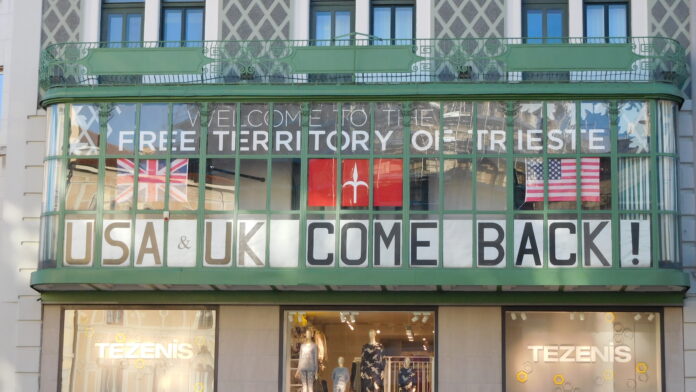 It can be daunting, perhaps even crippling, to consider the immensity of what remains unknown about the wider world. What we as individuals know is far outweighed by what we don’t know. About the best we can hope for is to gnaw off little bits for closer examination, while amassing a bluffer’s knowledge about the rest.

Today isn’t the time for me to try explaining why the city of Trieste has come to exert such a hold on me. I visited there in 1987, but remember almost nothing. In 2019, it was the final stop on the most recent trip to Europe that Diana and I enjoyed prior to being shut down by COVID.

For whatever cosmic reason, Trieste now embodies a recurring theme in my life, which is a sort of melancholy-tinged sense of displaced identity; the feeling of not belonging here and yet not being able to expatriate myself. Rather, it’s being utterly removed from a place (self-exile) while remaining rooted there. It might help to explain why I created the alternative “local” reality of the Public House as a sort of mental pain reliever.

In the interim, Daša Drndić (1946 – 2018), a Croatian writer of whom I was completely unaware until two weeks ago.

Of her own writing, Daša said: “I use fiction and faction – transcripts, photographs, documents and I twist them. I enjoy myself, twisting these realities.” And of others: “When I feel a writer is inventing everything, I don’t believe it. It only [works] if he’s a very good liar and builds the story – there are ways of doing this, because writing is a trade, not a talent.” 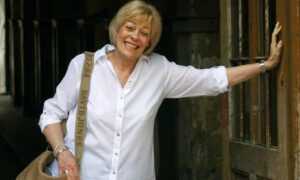 I’m about a third of the way thought her novel Trieste, published in 2007 and later translated into English. I stumbled across it at Pints&union, the pub where I work, because three years ago when we were readying to open, the public library began a massive project to rid itself of books, hundreds of which I hauled a few boxes at a time to the Pints&union upstairs seating area to serve as the pub’s own collection. Obviously I didn’t look at them very closely, until spotting the name “Trieste” on the spine of one.

The serendipity of good fortune! Here’s a review of the novel.

We might call the novel experimental because of some of the techniques the writer employs. But the story — a mother in search of a child, torn from her in the midst of monstrous warfare — feels ancient.

The experimental element? Trieste is a book 368 pages long, 45 of which are nothing but a list of names – around 9,000 names. Abeasis Clemente, Abeasis Ester, Abeasis Giorgio” alphabetically all the way to “Zwirbawsky Enoc Hersh, Zylber Szaya, Zynger Jerachmil.” Those 9,000 names belong to Italian Jews, either murdered or deported by the Nazis, most of them to the death camps. 9,000 names! Certainly, this must be what Stephen Dedalus meant when he exclaimed in Ulysses that “History is a nightmare from which I am trying to awake.”

And, to close, an excerpt from an interview with The Paris Review, just before Drndić died.

“Life is made up of separation,” you have written. “From one’s mother, from oneself, from used-up times, all made up of bright or dark gradual separations.” Do you think art functions as a kind of connective tissue, or is it merely an opportunity to aestheticize the reality of separation?

Art cannot change the world, but it can change us. Art can and may aestheticize, but I do not think that is its only function. Les belles lettres is a heavily outdated term, therefore today a concept with hardly any weight. Art should shock, hurt, offend, intrigue, be a merciless critic of the merciless times we are not only witnessing but whose victims we have become. In this domain, the so-called intellectuals have enormously failed—by being silent, by committing treason, as Julien Benda of La trahison des clercs would say. Good literature asks for a trauma—a personal, collective, historical trauma, no matter—and then the ability to formulate it. Good literature does not need “a story.” It is how events are presented that separate good literature from mediocre fictionalized writing, so often a boring linear construction.

“Bright or dark gradual separations” is a notion for further examination given my life in the New Albany Archipelago, although not today. I’m honestly grateful to have accidentally learned about Daša Drndić, her life and works. There’ll be more reading, and further thought.