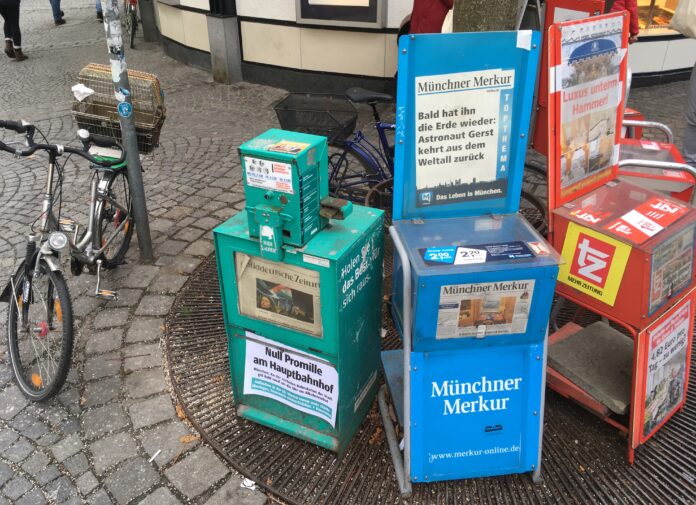 For those who’ve just tuned in to my periodic “Notes from the Underground,” kindly note that I hold two minor positions inside the New Albany Archipelago: Beer buyer at Pints&union (a pub at 114 E, Market in Nawbany), and digital editor at Food & Dining Magazine, a Louisville-based, lifestyle-oriented publication.

After 28 years as a business co-owner at the extant New Albanian Brewing Company Pizzeria & Public House (1990 – present, as well as the deceased Bank Street Brewhouse, 2009-2019), I awoke one morning to the feeling that my sentence as small business owner had been served in full, and consequently my share of the company was sold to my business partners.

Emphatically, this transactional exit was not enriching, although we got our house back from bondage as collateral to various and ultimately futile commercial bank loans. But as a wise man (me, at least on a good day) once wrote, contentment enough for a good night’s sleep far exceeds pennies on the dollar.

Writing as a paid gig came later, and I’ve been authoring the quarterly “Hip Hops” beer column for F&D since 2005 or thereabouts, with stints as a columnist for Louisville Eccentric Observer and the former New Albany ‘Bune thrown into the mix.

It’s funny, but for a very long time I resisted the urge to refer to myself as a writer, perhaps because we’ve grown up in a dysfunctional society that can’t fathom a person “being” something if it can’t be measured by time sheets or a tax return.

That’s bogus, of course, but it’s precisely who we are.

I’m the first to concede that four decades of purported adulthood spent writing sentences probably haven’t earned me a single year’s poverty-level American wage. Fortunately this isn’t the only way to look at it. Writing is what I do, irrespective of other considerations, and it’s been a part of what I’ve always “done.”

As far back as my package store days, stocking the famous “import door” of the walk-in cooler in the barren physical and intellectual wasteland of early 1980s downtown New Albany, I photocopied sheets at my own expense with beer prices and descriptions, and handed them to regular customers in lieu of a web site.

For the first ten years of the Public House, I wrote, edited and published the FOSSILS homebrewing club newsletter on basic sheets of paper with staples and stamps. The club was non-profit, but since our business hosted the majority of meetings and club members also were regular customers, there was a tangential and mutually beneficial relationship with revenues.

There you have it. I’m a writer.

I think and process information in terms of writing.

Most of the time I follow my muse from sheer compulsion, not in pursuit of pay. At times, the money comes. To me, it’s all good. We shouldn’t be asking people what they do for remuneration, anyway.

As time passes and I get into a routine, a variety of items will be posted herein; old, new, borrowed and maybe even true.

The overarching plan? There is none, at least yet. Join my while I improvise. Who knows? It might actually lead somewhere, although as always the joy is in the journey.