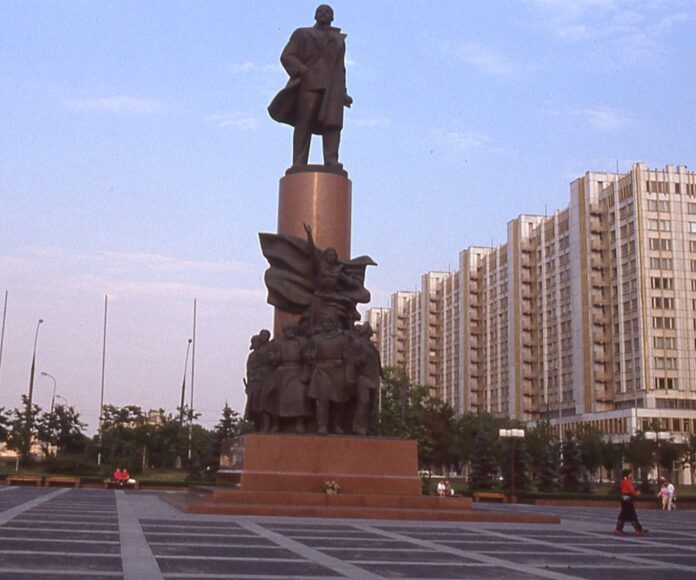 Whenever locals refer to me as a communist, it strikes me far less as an insult than the understandably ineffectual flailing of dullards.

It also takes me back to early 1989, when I was planning a seven-month European sojourn. The Vermont-based Volunteers for Peace made public a very limited number of spaces for a trip to Pyongyang, North Korea to attend the 13th World Festival of Youth and Students in early July.

In the context of Cold War politics, the recurring festival (it lives on today) was an obvious exercise in propaganda, which made it even more appealing to me. After all, I was 28; youthful enough for rock and roll, and cynical beyond my years.

I immediately claimed a spot and divvied my deposit, reasoning it might be the only chance I’d ever get to travel to North Korea. Doing so stood to be difficult. I’d be compelled to arrange an international commie flight from Czechoslovakia to Pyongyang, then another to Moscow to join the Russian language study group I’d already registered to attend. But the beauty of it was that once certified as a fest-going VIP, these tickets would be both easy and cheap.

Here’s the spoiler: I never even got the chance.

It belatedly occurred to the leadership of the youth and student subsection of the Communist Party USA in NYC that VFP couldn’t possibly grasp the need for proper vetting, so they took back the fest openings and subjected applicants to an ideological accreditation process.

I was informed that because I wasn’t a fully credentialed CPUSA member, and appeared to be glaringly bourgeois on top of it, I couldn’t go to Pyongyang.

My deposit was returned, and instead of flying to North Korea, I took the train from Prague to Moscow, learned almost no Russian (but drank a fair amount), and that was that.

Now, I’m telling you this story to prove a point.

Whenever flailing ineffectual dullards refer to me as a communist, just remember that the COMMUNISTS THEMSELVES said I wasn’t a communist, and if a pants-down socialist like me wasn’t good enough for THEM, you really shouldn’t try mowing my lawn with a pair of tweezers.